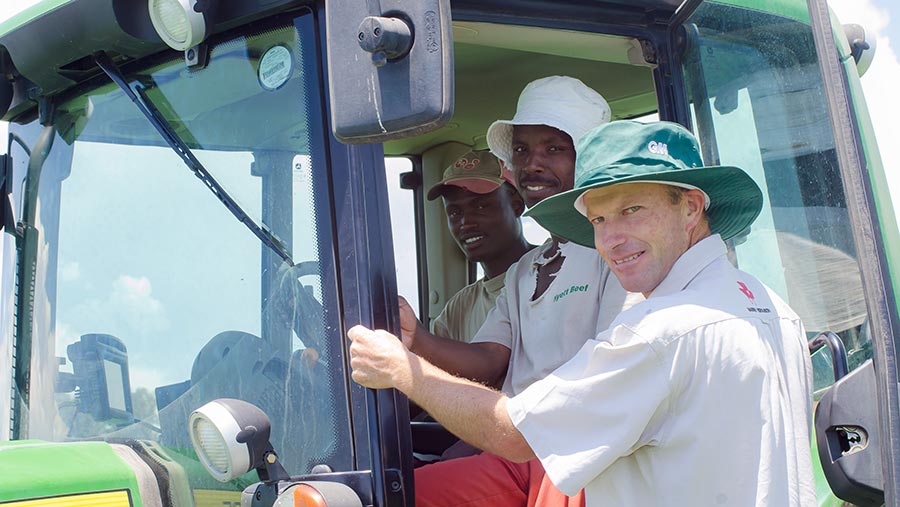 It is winter here in South Africa. Fortunately, the days are getting longer and the temperatures are steadily rising.

In the eastern part of South Africa, winter is the dry season and this year is no exception.

In biblical times, many of the places were named after the life-giving wells in the area. South Africa is largely a dry country.

Many of the farms have the suffix “fontein” in their names, which refers to the natural spring of that area.

Some of these fountains were better than others, but water was life and that is what counted; “Soutfontein”, (salt spring); “Modderfontein”, (muddy spring) and Bloemfontein (flower spring).

South Africa is also having an employment drought, as the official unemployment rate rose to 29%.

More worrying is the unemployment rate of the youth, which is now at 56.4%. With such a rate, it is surmised that many people will never work in their lifetime.

So what is the government doing about this? Well, nothing. South Africa has very “progressive” labour laws, for which there is no sign of change.

The economy is bungling along at a growth rate of 1.3%. With this as a backdrop, the government is still determined to expropriate property without compensation.

They seem surprised that investment, the economy and employment have basically stalled.

It could be worse

When I look at British politics, it all looks quite mild to me. Whether you think Brexit is good or bad, take solace in the fact that nobody is planning to take your property from you.

Be grateful you don’t have rampant unemployment, with the crime that goes with it.

If your politicians are getting you down, take some advice from an African farmer. Tune out the political noise. Concentrate on the things you can influence.

Strive to grow better crops more efficiently than other farmers and you will have a better chance of success, regardless of policy.

If you are in the wilderness, concentrate on the spring of life and avoid the quagmire of despair.