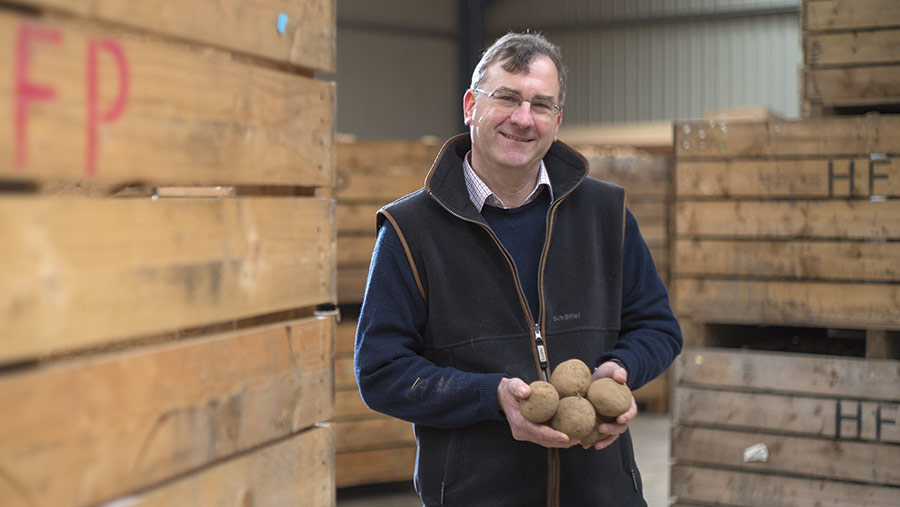 The combinable crop harvest is finally behind us. It has proved to be difficult and testing.

From an early start, it took 84 days to finish although analysis of the time shows we were only able to harvest on one-third of those days.

In between, we have seen a bit of everything from excellent through to disappointing; it really has been a mixed bag of results.

September proved to be a trying month during which we have lost a lot of time.

It means we are still looking at a significant area of potatoes to lift along with some daffodil bulbs still to plant and some onions to harvest.

There is little we can do except to keep progressing as best we can as the opportunities present themselves.

The farm team have proved to be particularly resilient as they work towards achieving the end goal of getting everything out and new crops back in.

I can see this year shaping up as one of those where we are continually harvesting or planting for a sustained period, rather than having time to do some of the “nice-to-do jobs”.

Potato yields are looking good, which in itself creates a problem, as it takes longer to cover the ground. It seems I am not the only one seeing this, judging by the fact there appears to be an industry shortage of potato boxes. I’m told the manufacturers are working flat-out to meet the demand.

So far, I am finding that potato quality looks reasonable. Hopefully, this will continue through into the storage characteristics to permit orderly marketing.

We have been able to make a reasonable start with autumn drilling, although it is still relatively early for us in the South West.

Variety choice has not changed much this year. Siskin, Graham and Costello are the principal wheat varieties with Shabras appearing as a new variety.

Tower and Maris Otter make up the winter barley choices with the solid performer, Mascani, being the oat variety of choice.

Is an Indian summer going to be too much to ask for from now on?