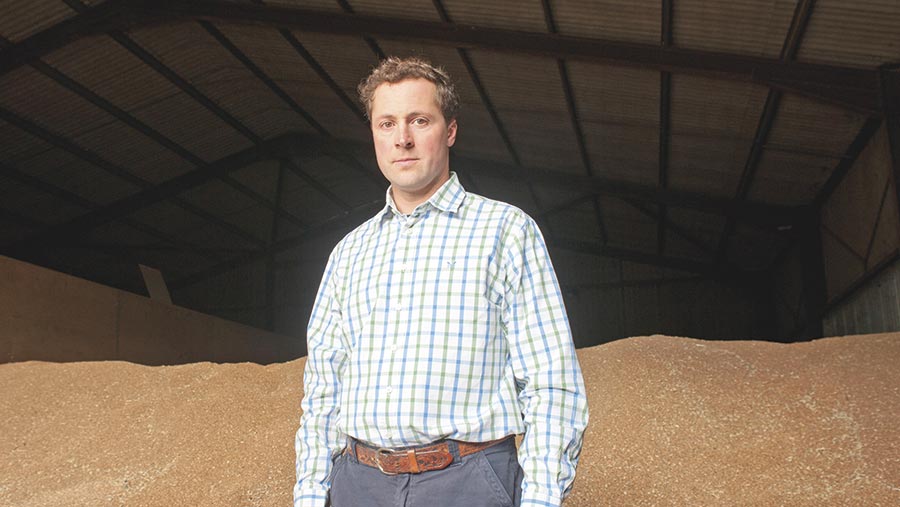 This harvest has proven to be another rollercoaster season, with very changeable weather. Past harvests are broadly remembered as being either dry or wet and this year will be firmly in the latter category.

It will also be recalled as a very early-ripening year which, on one hand, has helped keep intake moistures down, but has also left us with low Hagbergs on milling wheat and borderline pre-germ levels on malting barleys.

We were left physically unable to harvest crops fast enough in this August bottleneck despite the whole farm team working exceedingly hard. On the plus side, yields have been generally pleasing; oilseed rape averaged 4.2t/ha and most wheats have done more than 10t/ha.

It has also been a season characterised by more lodged crops, but with modern header crop lifters and pre-harvest glyphosate, laid crops are much more manageable.

The harvest started with a terrible tragedy when a light aircraft crashed into a winter barley field, contract farmed for a neighbour, instantly killing both pilots and setting fire to the field.

We had to work closely with the police forensics teams to allow enough time for them to carry out fingertip searches of the scene and as a result also had to improvise a new field entrance to allow us to harvest the remaining crop while keeping at a distance. Not something we anticipated when planning this year’s harvest.

The recent fibronil insecticide and eggs scandal raises a few questions and demonstrates the balancing act between human health and animal welfare. Insect pests are a problem for all livestock species.

Will supermarkets now be a little more careful and open about ingredient sourcing for prepared food as well as flagship products? Two fried eggs are at the heart of my daily breakfast and this will continue.

Looking across the valley late into the night on recent weekends, it is clear from all the tractor and combine activity that farmers and their teams are working very long hours in a difficult season.

In light of this, Michael Gove’s recent statement about farmers having to “earn their subsidies” is particularly galling.

Which other industry is working this hard to produce goods selling at 1990s prices?