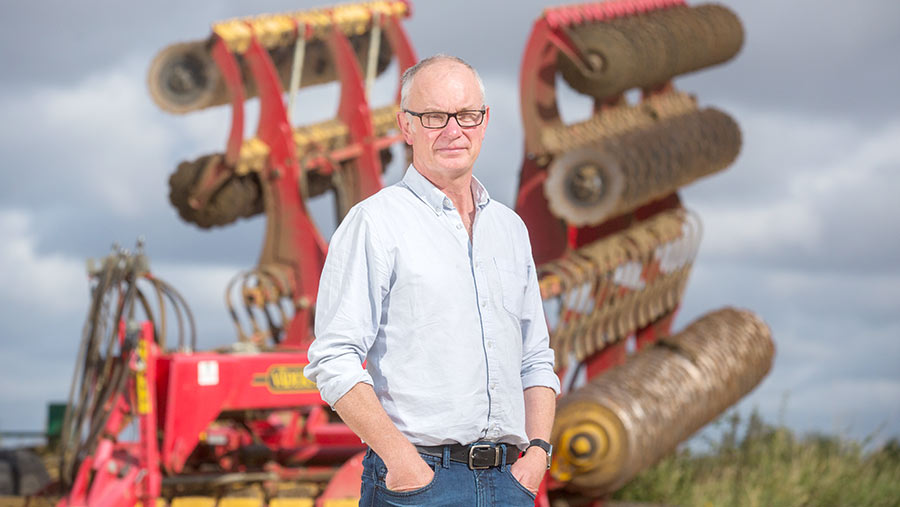 On most arable farms the winter months are a time for catching up on workshop jobs – and an organic farm is no different.

At the time of writing we are nearing the end of our long list of re-metalling cultivators, re-blading hoes and servicing tractors, with everyone currently chomping at the bit for some spring action.

We have managed to get a few hours cultivating in some early frosts to deal with our green-manure of weeds, but other than that we still have 500ha to sow with spring oats and barley, which we will get on with as soon as conditions allow.

It’s also the time of year when I generally put our order in for small seeds for under-sowing.

I have struggled in the past to establish leys in the autumn, favouring sowing them in the spring when we can get them into a finer tilth, with a nurse crop of barley when the weather is getting warmer rather than colder.

Successful establishment is also helped by under-sowing them at the last hoeing pass with our System Cameleon, which sows seeds at an accurate depth into moisture and presses them into the soil for good contact.

We’ve got 300ha to under-sow consisting of fertility leys, grazing leys and pollen and nectar mixes.

Our fertility leys are made up of just over 50% red clover, with the remaining mix consisting of meadow fescue, timothy, crimson clover, lucerne and birdsfoot trefoil.

The grazing leys are a mixture of grasses, white clovers, trefoils, ribgrass and chicory, with the latter two species mainly added to increase rooting depth.

Finally, the pollen and nectar mixes are lucerne, clovers, trefoils, some grass to aid sowing and, as with the grazing leys, a light inclusion of chicory and ribgrass as soil conditioners.

Successful sowing of all these leys are the backbone of our organic rotation for building fertility, dealing with weeds and making healthier crops able to fight disease, as well as providing valuable food for pollinators and beneficial insects.