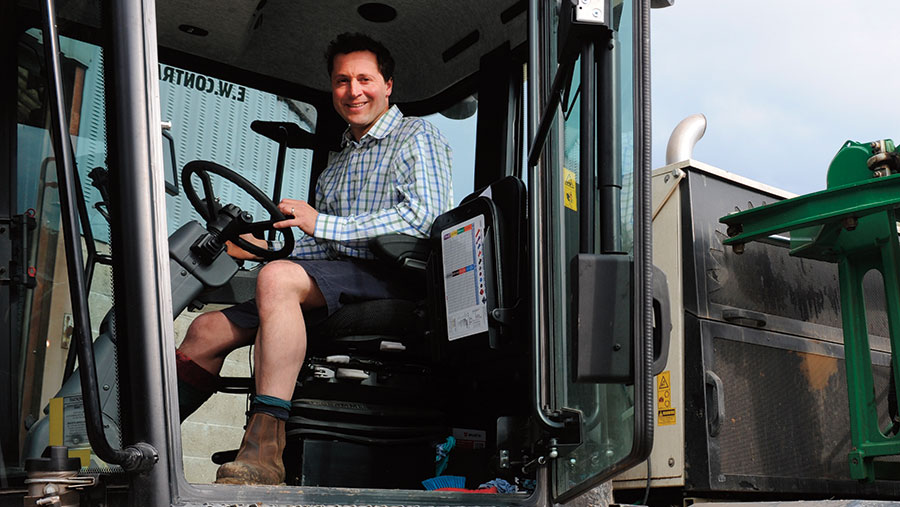 Blink twice and harvest has already come and gone. Favourable weather allowed us to gather crops in record time, with insignificant drying requirements. Most batches went straight to store.

Unusually, the straw chopper was never used for cereals and we avoided pre-harvest desiccation, with the exception of oilseed rape crops – which helped to lower costs.

All in all, it was the kind of harvesting conditions I dream of in more typical summers. The combine performed well and outputs and sample quality were improved as hoped.

Overall, weighted yield averages were better than feared, but were 10% down for cereals and 15% down for break crops, compared with 2017 results.

At the same time, this same summer season has been very challenging for our livestock enterprises. The dairy herd has been on 80% supplementary winter rations from late July due to a lack of grazed grass growth.

The 2019 cropping plan has been modified to include an extra 20ha of forage ley area to rebuild depleted stocks and younger cattle will have to get used to a straw-based diet next winter.

Significant straw quantities have been sold off contracted arable fields this year, which got me thinking; should straw sales be dispatched with a passport comparable to a grain one?

This could tell the purchaser useful information such as dry matter percentage, notable plant protection products used or levels of blackgrass contamination. This entails additional paperwork, but at the very least it would reduce the inadvertent spread of invasive weeds.

I began harvest while simultaneously hosting the “Farmers of the UK” Twitter account for one week. I primarily used this platform to talk about the wildlife stories on the farm and show off the special habitats created for our environmental schemes, rather than focusing on harvesting activities.

Given the opportunity, I suspect most farmers would rather share pictures of “macho” big farm kit than a rare butterfly on a field margin, but which impresses the public more?

With some thought we can take back control of the “Green Brexit” agenda and tell the real stories of how we are balancing food production and wildlife conservation on modern farms.