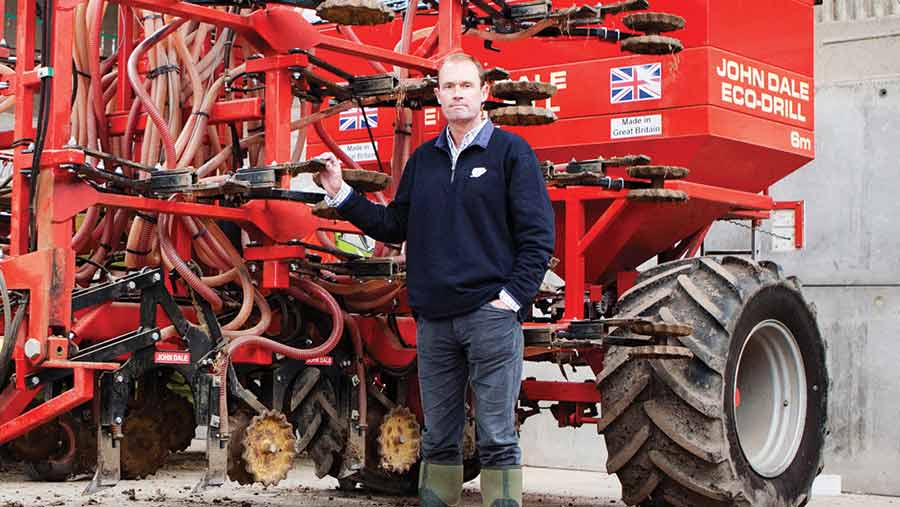 Last month I said it had been a year of firsts due to the extreme (for the UK, anyway) weather.

Unfortunately, we have had another first with the loss of a substantial area of oilseed rape.

For years I have been keen to plant the crop earlier and, with a mid-August harvest finish, we finally managed to do it.

See also: How one OSR grower is benefitting from companion crops

Unfortunately, by doing so we neatly coincided crop emergence with peak flea beetle and a sudden onslaught from legions of slugs that appeared from nowhere following the first drop of rain on baked, dry soils.

One day we were very happy with a field of early-emerged rape and literally a few days later the whole lot had completely disappeared, with us seemingly powerless to help.

I’m not sure if I’m pleased or annoyed that one of our nearby cover crop mixes containing radish, which was planted just after the oilseed rape and was not slug pelleted, sprayed, fertilised or even rolled, has established with no problems.

With the risk of throwing good money after bad we redrilled the OSR and now have a crop, fingers crossed.

Tellingly, perhaps, when I approached my local seed merchant for replacement seed I learned they had sold more for redrilling than for initial drilling. Obviously a change of tack is required next year.

Luckily for the redrilled OSR we had an inch of rain three weeks into September.

This was also crucial for cereal planting, which has since continued apace locally as most people, myself included, found it impossible to hold off until 15 October as we were instructed to for blackgrass control at a recent agronomy meeting.

We again used our Countryside Stewardship two-year legume fallow in a couple of the worst blackgrass spots and, for the first time on arable land, planted a herbal grass ley mix and also some forage peas directly into Italian ryegrass for use by our small sheep flock.