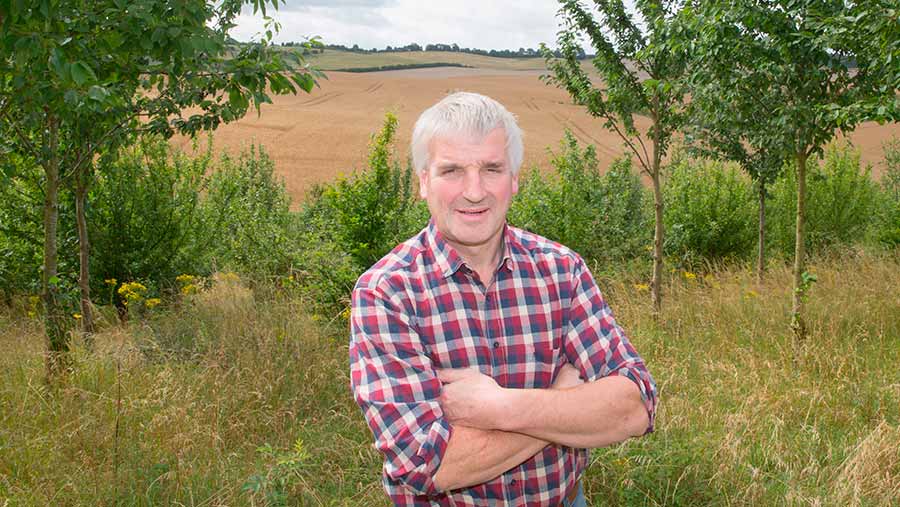 There has been a sharp contrast between the sands and chalks this harvest. At the Royston farm the crops on the chalks have still produced respectable results, while crops up on the sands on the Nottinghamshire farms have struggled more.

The rye crops at both have been more resilient than other cereals crops. But with a growing acreage of rye being grown for a variety of markets on the Nottinghamshire and Royston farms, ergot is become an increasing problem.

Grain traders are telling me it is not confined to just rye and has been seen in barley and oat samples as well this year.

There are many theories about why it has become such a problem, but what is proving more difficult is finding a way of controlling it.

It certainly seems much more prevalent in hybrid varieties – which are more popular today for use in anaerobic digestion – but it is also common in the older conventional varieties for forage and some specialist uses.

It is fortunate that the rise in ergot has come at a time when most mills and seed plants have installed colour sorters into their production lines.

This year virtually all the rye we produced will pass over one of these ingenious machines. It leaves me wondering what we would have done without them, as conventional separators are unable to get samples up to a high enough standard.

We even had a mobile version visit the farm in the spring to clean up some rye so we could deliver it to a mill.

Our foray back into pea growing this year has at least produced one benefit – straw for the sheep flock in the absence of other fodder.

Most years we sow up to 200ha of stubble turnips to support our ewe flock and purchased store lambs, but so far we haven’t sown a turnip seed and pea straw may become an important part of winter rations.