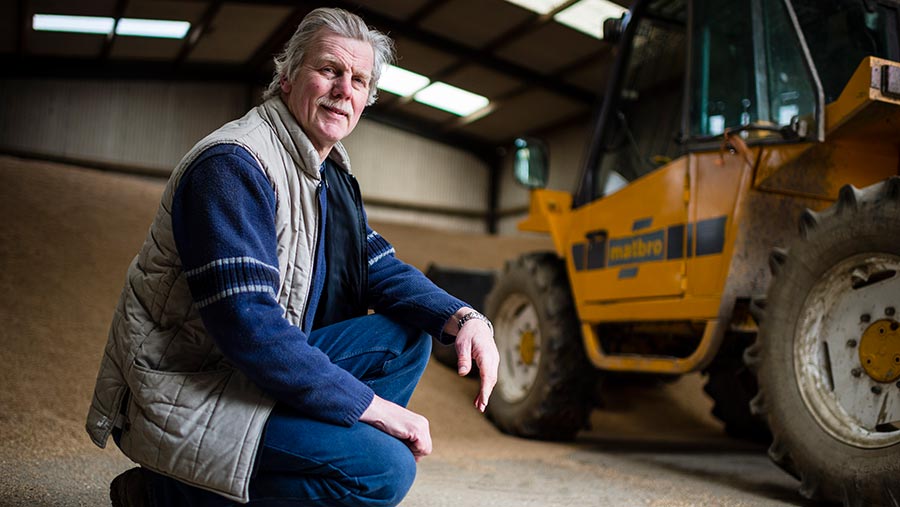 The past few weeks here have been bitterly cold, with constant showers making fieldwork a very start-stop affair.

There has been little growth and grass is looking yellow and short. My Aubrac cows are getting on with calving quite nicely, but with unsettled weather and little grass, getting them out is proving more difficult.

I have some older stock almost ready for the factory, but each time I look at the price it seems to have slipped another couple of pence.

I still have some wheat to sell, but there is not much encouragement there either. I had planned to drill 16ha of spring oats, but as the price is now well below the cost of production, I have decided against that.

Better to make no money than to do the work and lose it. It is all very frustrating, maybe even bordering on depressing.

Another depressing subject is the EU exit debate. I am becoming increasingly fed up with the negativity of the “in” campaign, along with all the very suspect figures and predictions of gloom and doom if we leave the EU.

I don’t believe much of it and it is certainly in no country’s best interests not to do a mutually beneficial deal on future trade.

The idea that France or Germany would stop selling us wine or cars is, quite frankly, ridiculous. I want to make an informed decision on how to vote based on correct figures and sensible, reasoned debate.

If the “in” side can’t be positive about the EU, then we might as well all vote to leave.

All sectors of farming are finding it difficult right now and most are very dependent on financial support, but that suggests the CAP has lost direction and is no longer delivering for our industry.

Instead it has resorted to more poorly thought-through regulations that are not delivering for farmers, taxpayers or the environment.

There has to be a better way. Maybe the time has come for us to regain control of our industry, and indeed our country, and develop a better and more sustainable way forward. Surely we are capable of that?