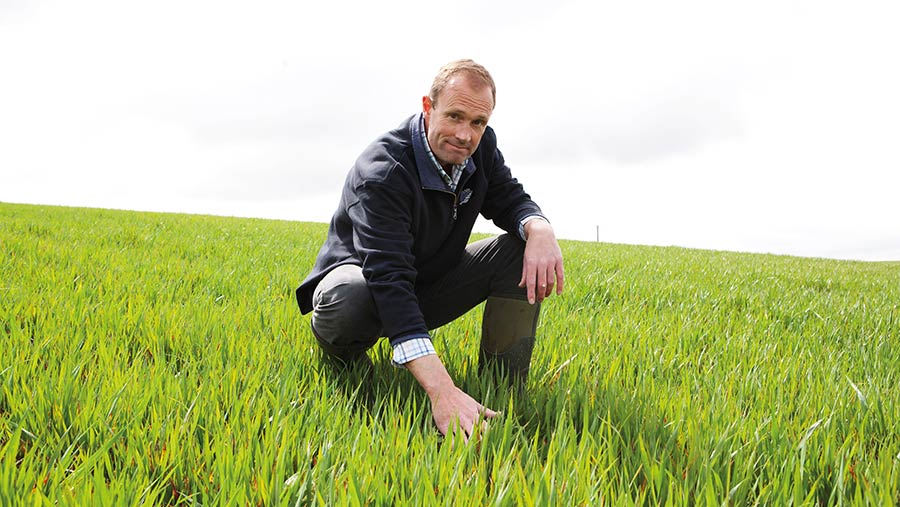 We have managed to get a little spring drilling done on some very light land, but the rest of the intended area remains rather tricky due – in no small part – to the re-appearance of occasional springs.

Last seen in 2012, these springs emerge like periodical cicadas, presumably when the water table reaches a certain level along a geological line at the base of the North Downs.

They didn’t show up in last year’s downpours, but they’re back now, leaving small, but numerous, areas of fields producing their own moisture even when it’s not raining.

Our old house has a cellar, and at times like these, water appears through a wall, meanders along a groove now worn into the concrete floor and disappears down a drain installed long ago. Quite what a surveyor would make of it I don’t know.

Currently, there is a whole range of biostimulants available to growers and it’s sometimes difficult to know what to make of them.

However, I was lucky enough to attend a webinar recently that really teased out the different kinds of product and when and how they might work, and when not to use them.

It became clear that many trials I have seen regarding such products have been akin to applying some Atlantis, some Proline and some cypermethrin concurrently at a random point of the season and trying to measure which one is best.

We need well-informed, independent research to help us realise some undoubted potential.

Not every county agricultural show is the same, but I imagine pretty much all of them are struggling at present, for obvious reasons.

Our Kent County Agricultural Society has relied almost entirely on renting out buildings and land for events for its income and therefore ability to put on fantastic shows and support farming education.

Wherever you farm, why not look into contributing to your county society to re-energise these grassroots organisations that have been around for so long we’ve perhaps taken their continued existence for granted?