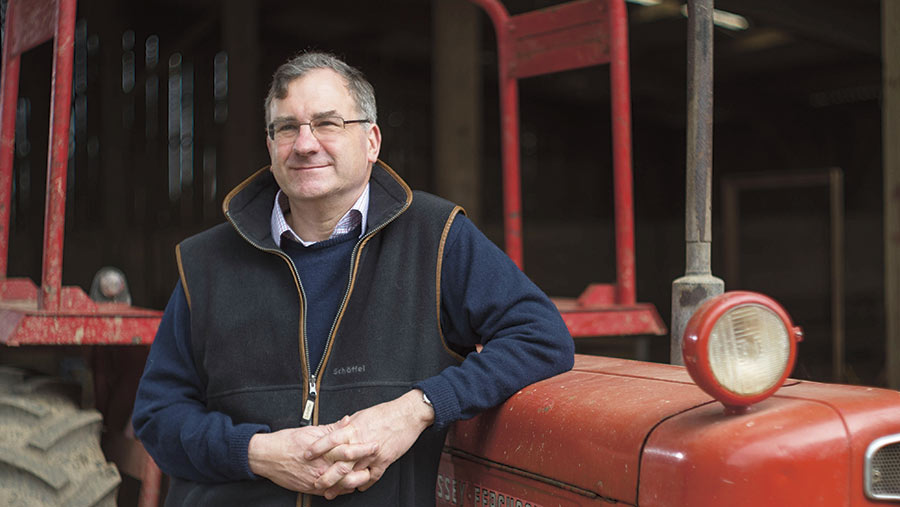 We are finally off. After what seems like an interminable period, our spring planting campaign is under way.

Normally we have potatoes and onions to plant and relatively small areas of spring barley and beans to drill. However, this spring there is a whole different perspective on the workload with a greatly increased amount of drilling to do.

On the whole, the crops we established last autumn and over the winter have fared surprisingly well. It would be true to say that there are poor patches in some places, but overall, yield potential is at acceptable levels.

See also: How to manage weeds in potato crops without diquat

I have one or two whole fields which I will rip out and start again, but it is a very small percentage. Land which remained untouched after harvest is ploughing up relatively well.

Where we chitted stubbles or carried out any other cultivations post-harvest the profile is much wetter, meaning it will be longer before we can get on it.

Who could have guessed at the time that our normal practice was the wrong thing to do.

Our immediate challenge is get around the oilseed rape, winter wheat and winter barley with some nitrogen as most crops look hungry.

In a normal season I would have started the first application at least two to three weeks earlier than this one, but we needed to be sensible with ground and weather conditions.

Daffodil flower picking has proved to be a major challenge this season with a number of market challenges, mostly the weather, but also the Covid-19 situation.

We are a little way from knowing the final position, but my feeling is that it will not be where I would have liked it to be.

It was not my intention to write much about the corona virus pandemic, partly because the situation is changing so rapidly and it is impossible to know where things will be by the time this goes to print.

However, it is such an unprecedented event that I feel it is inappropriate to ignore it completely.

All we can do is try to do the right thing, whatever that is, on a day-to-day basis. It does bring home the fact that people and community are the most crucial things.