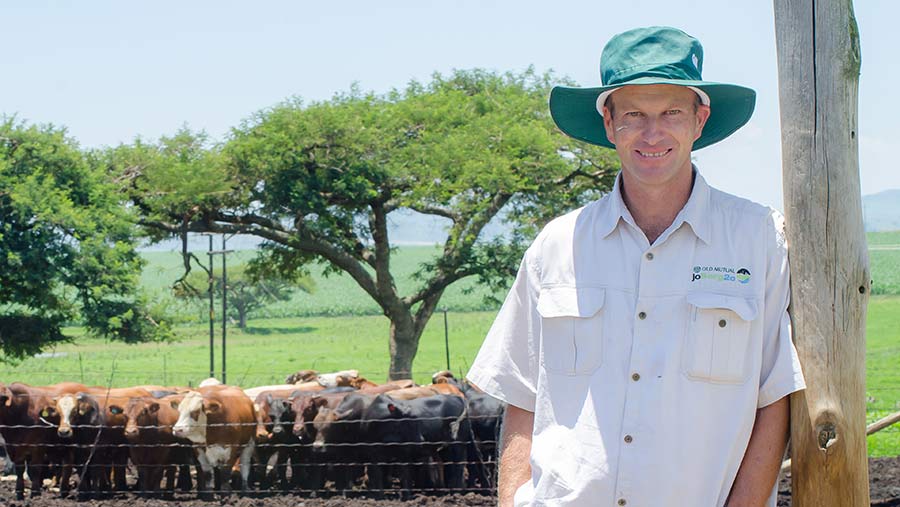 In the eastern part of South Africa we generally get no rain in winter. This winter has been no exception, as it hasn’t rained since April.

The natural grassland, or veld, is made up of summer growing perennial species, which have frosted and are tinder dry.

The maize has been harvested and the residues are also dry. Another characteristic of winter is a strong westerly wind. As you could imagine, this is a recipe for fire.

A few weeks ago, such a fire went through my farm. The first priority was to move all sheep and cattle out of the course of the fire and then to tackle the red beast.

Many farmers from the vicinity came to help. Several hours and a few thousand hectares later we had it out.

Fortunately, no animals were hurt in the blaze. The same cannot be said for my no-till fields.

All of the maize residues are gone. This is the armour on my fields protecting the soil from rainfall impact and reducing evaporation and erosion.

Right now that strong westerly wind is my biggest concern as there is nothing to protect the exposed sandy soil from blowing away.

First, I must try to stop the soil from blowing and then I must try and get some cover to protect my next summer crop from the elements.

I have broadcast some wheat seed on some of the fields and disked it in. The disking operation serves to roughen the surface, which reduces the wind velocity on the soil surface and reduces scouring.

That wheat will germinate with the first spring rain and hopefully I’ll get a bit of cover before I plant my summer crop. On other fields I have no-till drilled wheat into the dry soil.

The drill has roughened the surface a little but I feel that the drilled wheat will be quicker out of the blocks as the seed is better placed and I have added a sniff of fertiliser.

Hopefully it rains soon so that my Martian landscape can turn back to paradise.