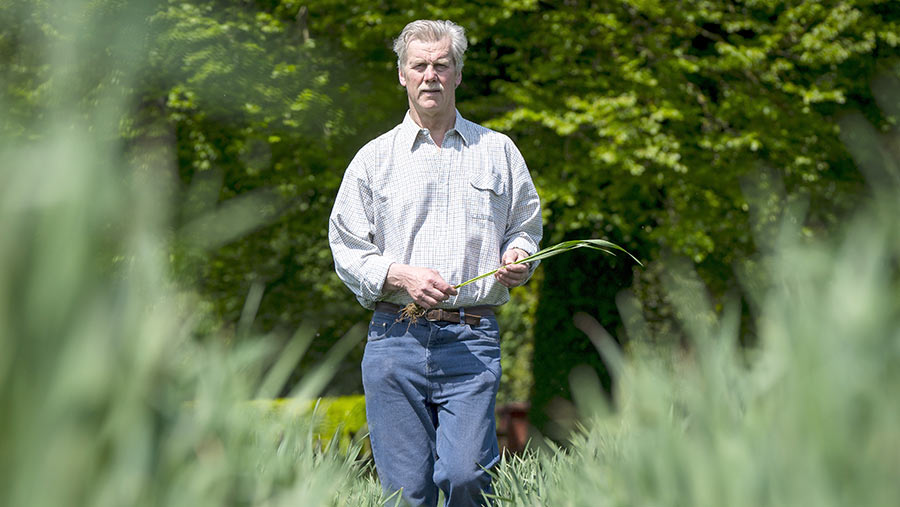 We seem to live in a world of varying degrees of extremes. One of the worst examples happened recently just 3.5 miles from our farm.

An extremist decided to fire an automatic weapon in a crowded street, resulting in the tragic and unnecessary death of a young, innocent journalist. Will it change anything?

Probably not. Hopefully it was an isolated incident not to be repeated.

See also: Analysis: Can farmers be less reliant on fungicides?

In our industry we frequently have to deal with different extremes. Extreme weather, extreme demands, extreme pricing and, increasingly, extreme regulations and restrictions, often driven by misinformed people with extreme views.

I feel our industry is very much under the spotlight right now and is being targeted by some extreme people who know little or nothing about what we do – and don’t seem to want to either learn or understand.

This is particularly frustrating at busy times of the year, like the last couple of weeks. Every spring is different and creates its own challenges.

A change in the weather and crops suddenly take off, and we frantically try to keep up.

Every time I go into a field I think, “I should have been in here last week”, but last week I was busy doing something else.

Then there are the annoying breakdowns – bearings, brackets, oil seals etc, and the occasional tractor malfunction which requires an expensive mechanic, and probably an overly expensive replacement part.

I seem to spend a disproportionate amount of time in the workshop. However, the good news is I think I have just about caught up and all crops are looking reasonably well.

I have drilled some malting barley this year as a new outlet has developed. The last time I grew the crop was back in the 1980s – I’m sure things have moved on since then and hopefully this is an opportunity to add some value. It has at least got off to a good start.

Is it too much to ask that those who love to criticise our industry would, at some point, take some time to understand the huge amount of effort and care we put in to producing food responsibly in increasingly challenging circumstances? Less of the extremes would benefit everyone.