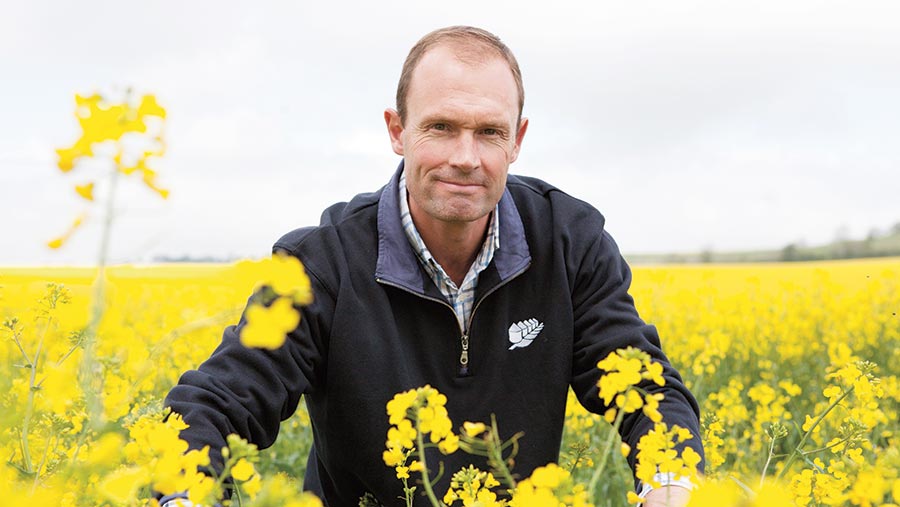 We have started spring drilling some beans into the remains of a cover crop grazed by sheep, about a month earlier than last year.

This is obviously good news and let’s hope the favourable weather continues to enable the crop to get up and away.

I gather pea and bean weevils are now resistant to pyrethroids, but I wouldn’t have sprayed for them anyway as I am extremely concerned about the predicted insect Armageddon and am determined to double my efforts to be part of the solution rather than the problem.

Not spraying has, counter-intuitively perhaps, had some good results here and a prime example is with beans and bruchid.

For the past two years the majority of my beans going to my local co-operative store have been in the minority of those that have actually made it under the 5% infestation level, and we haven’t sprayed any insecticide.

However, this is on the back of not using any foliar insecticides for many years and, crucially perhaps, providing beneficial habitats including using countryside stewardship features, direct drilling and cover crops.

I have far too few answers about what is happening but the bruchid situation seems to indicate something is going right.

In addition, my agronomist has found hardly any cabbage stem flea beetle larvae in the direct-drilled oilseed rape but masses in the ploughed plots of our conservation agriculture trials.

I fully accept many growers don’t like, or have the situation for, direct drilling, but there seems to be plenty of research to show residue on the surface helps insects, so any technique that does that may help.

The way we have been growing crops has provided millions with abundant food for decades, but now the sprays aren’t working, our customers are against them and the environment is under pressure, so I can only see we will have to approach things very differently as soon as possible.