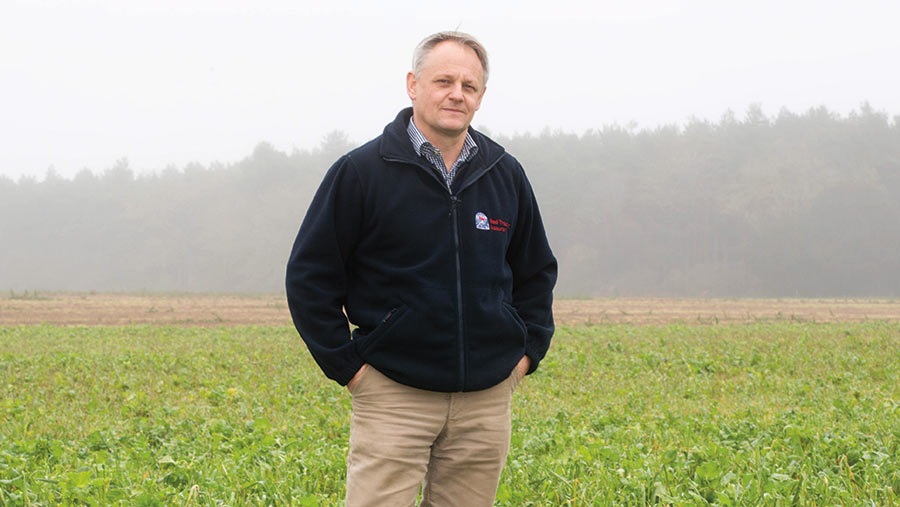 It has certainly been an interesting few weeks since my last piece, with February turning out to be one of the wettest months.

Indeed, February had the highest rainfall since records began for some of you.

Even here at Euston, we had 10ha of river meadow under water for most of the month, some of it since December.

There has been so much water that most of the aquifers have managed to struggle into the normal operating range – drought is over for now.

All of that being said, carrots and onions were planted well in January and February and we have even managed to get land ready for sugar beet planting over the next couple of weeks.

We also got digestate, fertiliser and spray applications onto the autumn cereal crops, so we are, for now, relatively up to date.

Quite apart from the weather, it has been interesting to be out and about, meeting others and hearing their thoughts, especially on recent government announcements.

It certainly looks as if they are sticking to their plan for us; a phased reduction in direct payments so they are eliminated by 2028, all replaced by the wonderful and miraculous Environmental Land Management (ELM) scheme.

It does seem as though this scheme is going to have an awful lot to do on an as-yet-unknown budget.

The greatest challenge will be the void created, even if all does go to plan.

Just two years between the start of an untested and unbudgeted scheme and the end of direct payments – now that’s a real challenge for the brave new world.

One thing is certain – we won’t have the same Defra secretary to worry about it. We won’t even have the same government, but doesn’t that say it all, though?

So, to the way forwards; more market focus, better use of technology and increased productivity.

Hopefully the pages of this magazine will help us answer some of those questions over the coming years.

No matter what, it does rather look as if we are in for a period of significant change, hopefully, and with a gradual decline in payments, it won’t be as painful as it was in New Zealand almost forty years ago.