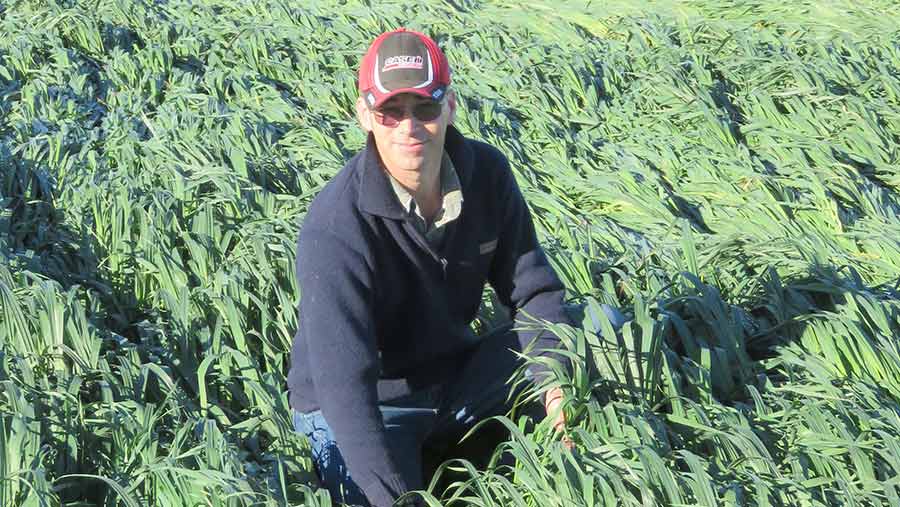 After a cool October we have gone into a warm November and early December with crops powering through their growth stages.

In Canterbury we get a Foehn Effect wind that blows up and over the Southern Alps and becomes a hot, dry wind that runs across the plains.

Great at harvest time, not so great in spring.

Day after day of north-west wind has made spraying very challenging and timings of applications more like aspirations than fixed targets.

Although our start to the irrigation season was a couple of weeks later than normal, we went from plenty of soil moisture and relaxed about irrigation to dry and stressed.

The first week of irrigation seems to always be fraught with problems and the irrigators never just seem to start up and run like they finished the season, with this year being no exception.

Now that we are up and running we are keeping up with evapo-transpiration (just), with autumn wheat at full demand in early grain fill, ryegrass just past flowering and hybrid canola at stem extension.

We have nervously just watered marrowfat peas on some of our heavy land, trying to find a safe balance between giving them a drink at the start of flowering to sustain windy 30C days, while keeping a watch on weather reports and hoping we don’t double up and let them get wet feet should it rain.

Most of our irrigation here at Valetta is with centre pivots allowing us to apply “little and often” reacting to rainfall, and only 95ha with shiftable rotary boom irrigators that require much more planning ahead.

While the wind here today could blow the hair off your head, fortunately, with a bit of luck and some quick reactions to move machines downwind, we have got through the day without any wind damage to pivots. For that I am grateful.

From our family to yours, Jayne and I and our three boys Samuel, James and Charlie, may we wish you all a very Merry Christmas and Happy New Year.