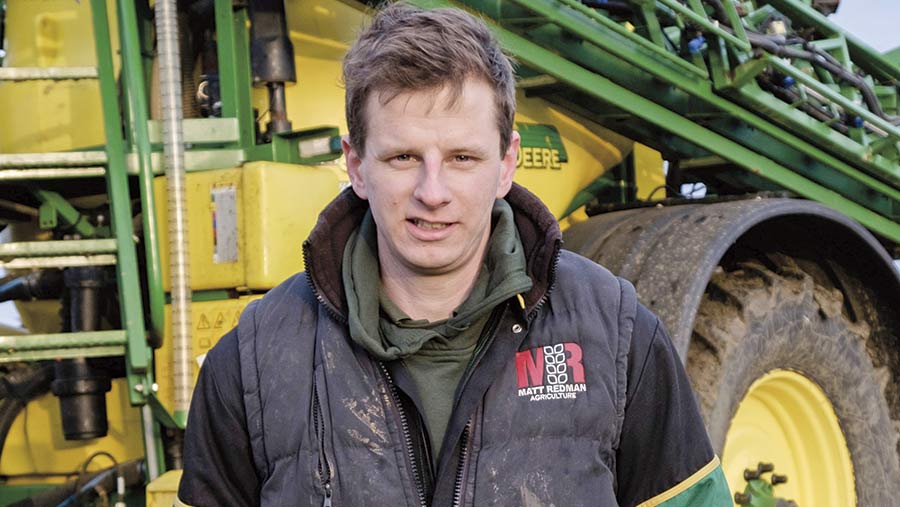 Patience has paid off this autumn and after a reasonable amount of rain in mid-October, conditions for wheat drilling have been fantastic.

More rain after drilling to keep seed-beds moist and a drop in temperatures also mean the conditions for pre-emergence sprays couldn’t be much better either, so fingers crossed for good results.

Flea beetles were present, but cannot be blamed for the lack of crop. Luckily it was farm-saved seed, and I didn’t spray it, so the loss is minimal.

It’s open for debate whether it was a good idea to cultivate to level fields and address compacted areas – that were a result of a wet autumn last year and this spring – ahead of drilling the OSR, as it no doubt caused more moisture loss.

It also means winter beans have been zero-till drilled into very good seed-beds without having to disturb ground late in the autumn, so blackgrass control should, in theory, be improved.

Helpless against the hare coursers

Unfortunately the hare coursers are back in force and seem to wait until just after heavy rain drilling before cutting chains off gates and driving all over fields, making a mess and causing damage that will be there until next harvest.

The frustrating thing is there is nothing we can do to keep them out. Blocking the gateway restricts our own access and adds cost and time to operations such as spraying and there is no guarantee they won’t just drive through the hedge instead.

The police are trying, but resources are stretched, and even if they catch anyone, the punishment is minimal or the number caught too small to have an effect.