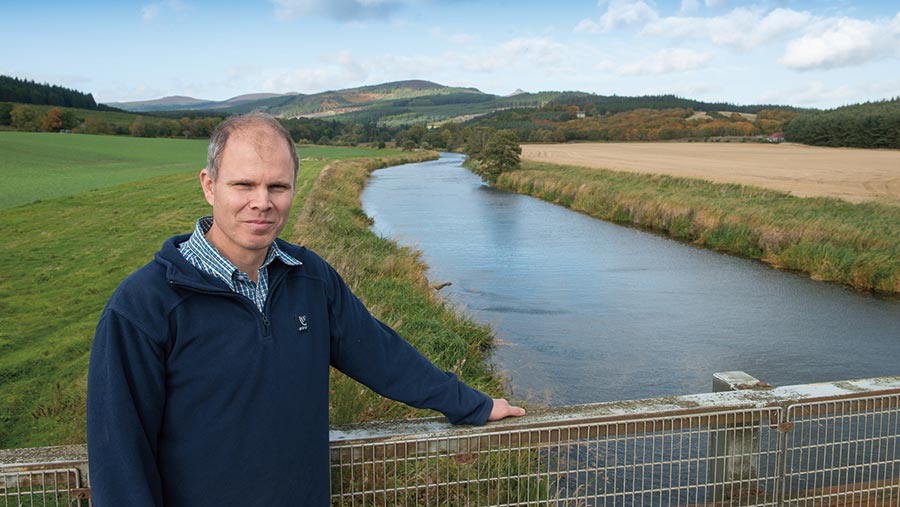 Adding up the rainfall to the end of June gave me a surprise, with 332mm for the six months, making this one of the driest starts to a year that I’ve recorded.

It doesn’t feel that way, as since the end of April we have had rain almost two days out of three, and rarely more than two successive dry days.

What we have not had, however, are any really wet days – the most rainfall on any single day since early April being 15mm.

As a result, the ground is actually still quite dry, but unlike last year there has been no drought stress, and if silage crops are anything to go by, there should be a decent yield.

Hopefully, the weather will settle down as we get into harvest or it is going to be a frustrating time trying to get crop cut, straw baled and next year’s crop in the ground.

While spraying recently I was reviewing how we could increase our sprayer output cost-effectively.

I had been intending to replace our mixer bowser with something more modern and bigger, but it struck me that due to labour constraints this would only give a benefit on the occasional days when we had someone to operate it.

Going to wider tramlines, however, would give a benefit at every application and also when applying solid fertiliser.

As a secondary benefit, there will be fewer tramlines, so a bit more productive area.

While 36m would be great, with our generally windy conditions I will compromise by going to 30m to allow solid fertiliser accuracy to be maintained.

Hopefully we can get the sprayer booms extended before oilseed rape drilling without any problems.

Being asked to do this was both an honour and a surprise and has been a great opportunity to look at what others are doing.

The crops that I have seen so far are a great testimony to the effort and skills of the growers and show that there are many routes to success in terms of rotation, variety choice etc.

The hard part is placing the top crops in order!