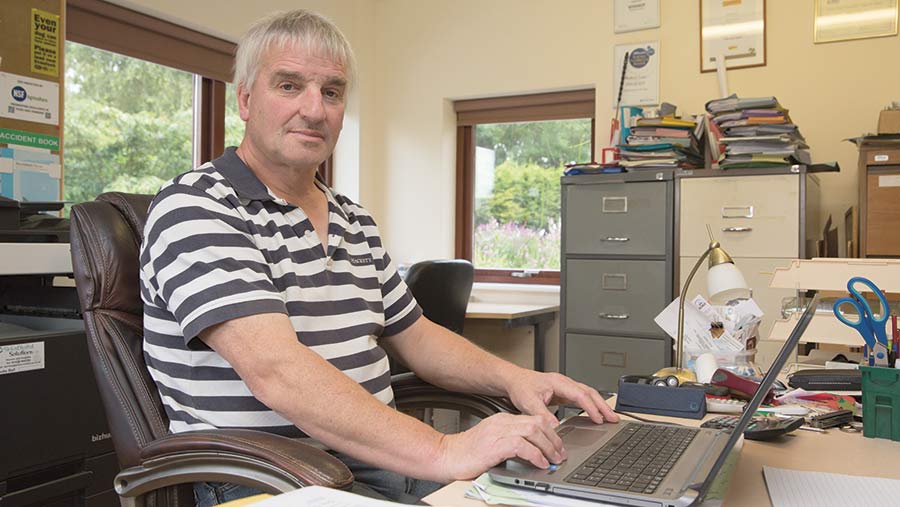 Although we didn’t manage a bank holiday finish to harvest, we did manage an end-of-August one, which was a month earlier than last year.

We had little to dry this year. Quality and quantity were markedly improved from last year, which will make the marketing of grain a decidedly more pleasurable activity than it was last year.

The lift in grain prices for this harvest compared with those received for 2016 and 2017 seems to have created greater optimism in the industry.

One sign of this has been that machinery dealers have reported being very busy with demonstrations and getting quotes out on farm.

This renewed optimism isn’t only confined to the arable sector, as trips to livestock markets recently has seen prices for store sheep and cattle at similar levels to last year.

A interview for a TV news programme about the consequences of a no-deal Brexit had the interviewer asking me whether I would have any grain or livestock left unsold on the farm at the end of March 2019.

Meanwhile, here on the farm we continue to plan for 2019. We have bought our replacement sheep, and the rams are out with ewes for a January lambing.

We have planted more than 240ha of stubble turnips and have started to buy store lambs. On the arable front, despite temptations we haven’t gone back into seed oilseed rape and seed turnip production after our withdrawal two years ago, and the recent warm and dry weather has brought the flea beetles out again in force.

An invitation requesting my presence on the rugby field this weekend will have to be resisted.

I have recently discovered a like-minded group of frustrated ex-rugby players who have invited me to play basketball on a Friday evening, so this could satisfy my penchant for team sport.