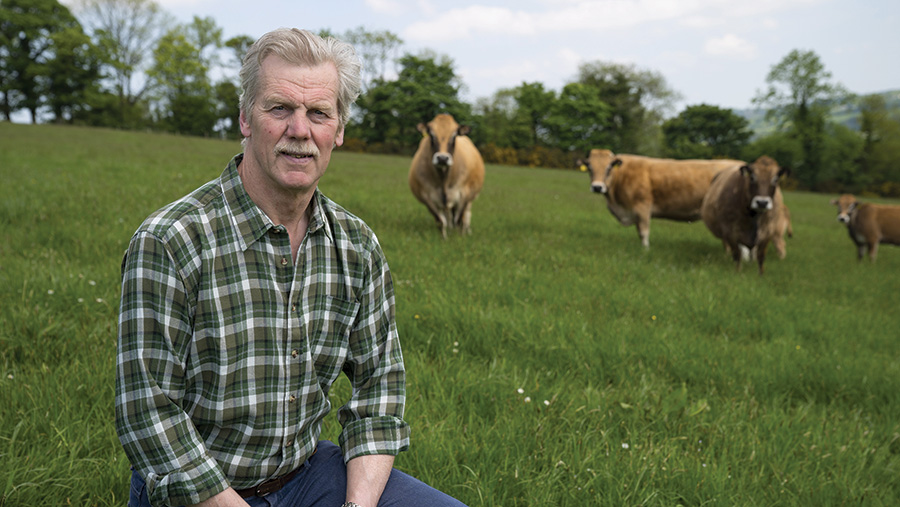 I woke up on 1 Feb and nervously turned on the news. Amazingly, there was no mention of earthquakes, tsunamis, plagues of locusts or planes falling out of the sky.

As I live 300m from the border with the EU, I went for a little drive across – no Garda, customs officers or protesters.

Everyone going about their business as normal. It was pretty much like 1 Jan 2000 when similar disasters were predicted with monotonous regularity.

I really must stop listening to BBC News. Drove back into the UK and around the farm, which was actually a bit more depressing as we have had 95mm of rain since my last piece, and there was rather a lot of water lying where it shouldn’t be.

Thankfully, I had managed to get caught up with spraying winter crops before the worst of the rain, so am now up to date.

Have to find work inside now, so we are busy converting the old stable block (which is right beside the main cattle shed) into calving pens.

Hopefully this will make the whole job easier and safer, rather than tying up gates within the main shed whenever a cow calves.

It should also please the Quality Assurance Inspector, who reprimanded me for using the farmers friend, baler twine, rather than a chain. I explained I wasn’t in much of a mood to go looking for a chain at 3am.

Earlier in the month I headed off to the Oxford Farming Conference for the first time. I was not disappointed.

It was a most enjoyable few days, well-organised and with good speakers addressing topical subjects. I also met a number of friends and even made some new ones.

The most interesting part was probably the science lecture by Prof Alice Stanton, with a lot of facts about food nutrition which really should be more widely publicised.

This was closely followed by a break-out session on carbon capture and sustainability.

The most enjoyable was the OFC debate followed by dinner in the impressive surroundings of Christ Church.

And the most embarrassing?  When approximately 500 delegates were asked if they ‘trusted’ what the Secretary of State said – and not one put their hand up.