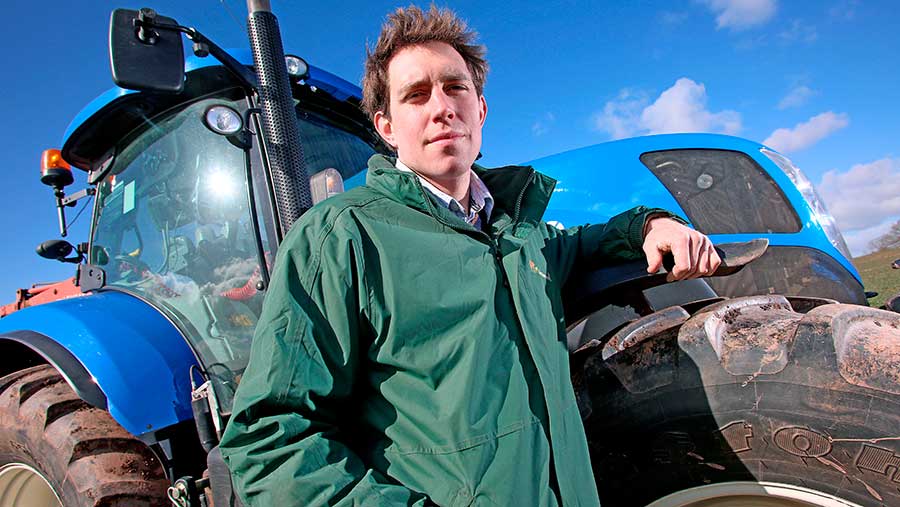 Frustrating weather has prevented us from making progress with our spring drilling. We still have about 60% of our total area left to drill.

It has taken the crops we have already drilled three weeks to come up through the soil. So the crops we plant later on might catch up if the conditions are right.

The trouble is that it makes harvest so late, which is not ideal here in the west of the country. A mixture of cultivations are proposed for the spring drilling campaign, depending on the field and crop requirements.

The bulk of the nitrogen is now applied to the winter crops and I have been largely pleased with how our soils have travelled so far this spring.

Hopefully it shows we are heading in the right direction with improving our soil structure.

Crops on the whole look average for the time of year, but they seem about 10 days behind, with only the early-drilled oilseed rape coming into flower.

Most of the wheat is only just at GS30 and does not seemed to have tillered well, particularly where it has laid wet.

because of this I decided to skip a T0 spray, with only chlorothalonil added when we went through with Palio (florasulam and pyroxsulam) to control brome, ryegrass and wild oats.

Elsewhere on the farm, lambing is finally coming to an end and the ewes and lambs are outside. However, the big difference between day and night temperature means grass growth is slow.

Improvements will need to be made for next year’s lambing season to try to condense the lambing period and improve efficiency.

We took our first lambs to market last week and they averaged 50p/t more than wheat on the day, which is concerning and a clear indication of the difficult times we are in as arable farmers.