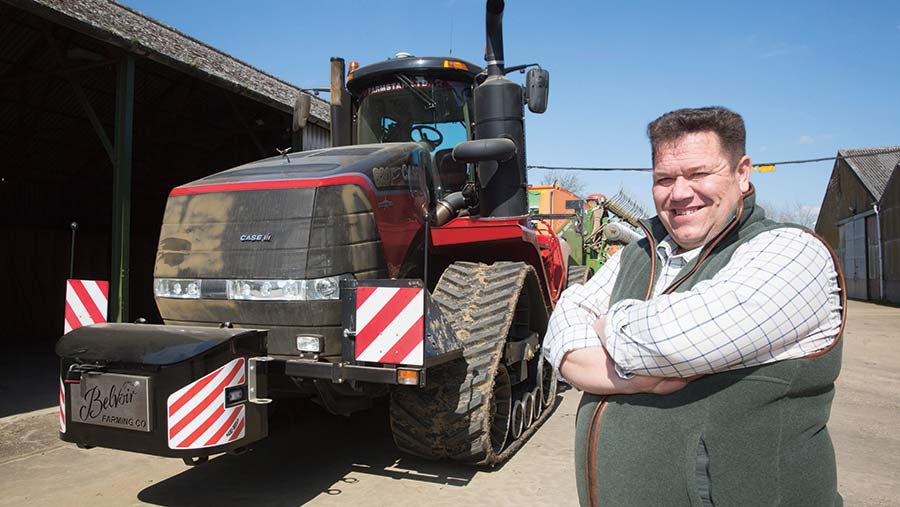 For the first time in more than 30 years, we have got to the middle of October without a viable acre of crop in the ground.

I say viable, because we did drill 4ha of conventional oilseed rape in the end, but the cabbage stem flea beetle has destroyed it.

On the other hand, the companion crop of buckwheat we drilled with the OSR looks fantastic.

Unfortunately, other than providing a small amount of soil conditioning, its existence currently is fairly pointless.

Am I worried, I hear you all ask. Ask me again at Christmas, preferably when I’ve had a drink.

At least the drill is on, calibrated and pointing in the right direction, I even have some extra LED lights so we can push on through the night.

Luckily the weather at the end of harvest was kind and we were able to get the spring beans cut without having to dry them.

With the winter beans yielding better than average, and the spring beans worse than average, I guess the conclusion is it’s all just average.

The plan was to major on winter beans over spring this year, but already I’m wondering if this will even be possible, bearing in mind we’ve had more rain so far this year than our 12-month average, and we still have two-and-a-half months to go.

With rain forecast over the weekend, my thoughts turned to the Rugby World Cup and the England game with France.

Right, I thought, let’s find a venue for a cooked breakfast with a large television – a perfect venue for a Saturday morning.

However, then came the disappointing news that typhoon Hagibis is going to hit Japan and the rugby is cancelled.

Although this is very frustrating for us fans, especially those who’ve paid, I do hope everyone managed to ride the storm out safely.