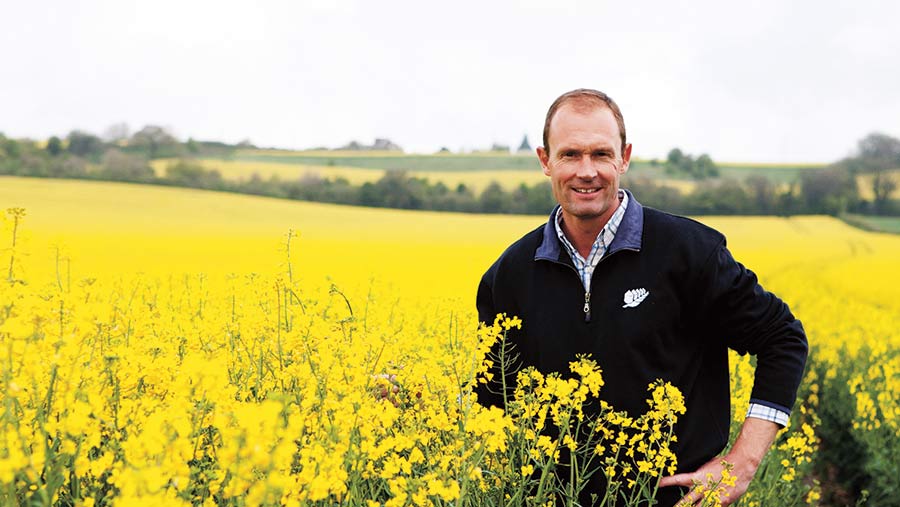 In the year ahead I need to get some of my more biological approaches working better, more often. I have cover crops and both wheat and oilseed rape companion crops, but they are not as big as I would like.

The trouble is, when you are running with the least men and machines possible, there is often not the opportunity to attend to these features right on time in the heat of the battle – a word that described last harvest quite well.

I need to find ways of getting my covers going better every year while spending less on them and getting more out of them.

I still need to square the good land/bad land conundrum. Adding fresh muck every year is good but expensive and its benefits ephemeral.

When margins are tight, experimenting with different crops, rotations and reduced input regimes is tricky.

So much to learn

One of my hopes for the year ahead is that independent and farmer funded research organisations really move with the times; the value of teasing out percentage point differences in herbicide stacks and gaps in fungicide response curves has now diminished.

Like it or not, legislation is now decided on feelings and currently that means pesticides are bad.

I need to know how to farm without neonics and foliar insecticides and glyphosate.

I need to know how to grow legumes without any plant protection products at all, and what I could do if the government sets a target for a percentage reduction in pesticide use.

All these possibilities have been mooted or enacted somewhere in Europe and research organisations need to look ahead and be proactive rather than scared of letting go of outdated approaches.

Having attended a farmer advisory meeting with the organisers and new owners of the Cereals Event I really am optimistic that it will be re-invigorated.

Personally, I would encourage us all to challenge every exhibitor to come up with and communicate one true innovation – imagine what possibilities we could come away with.