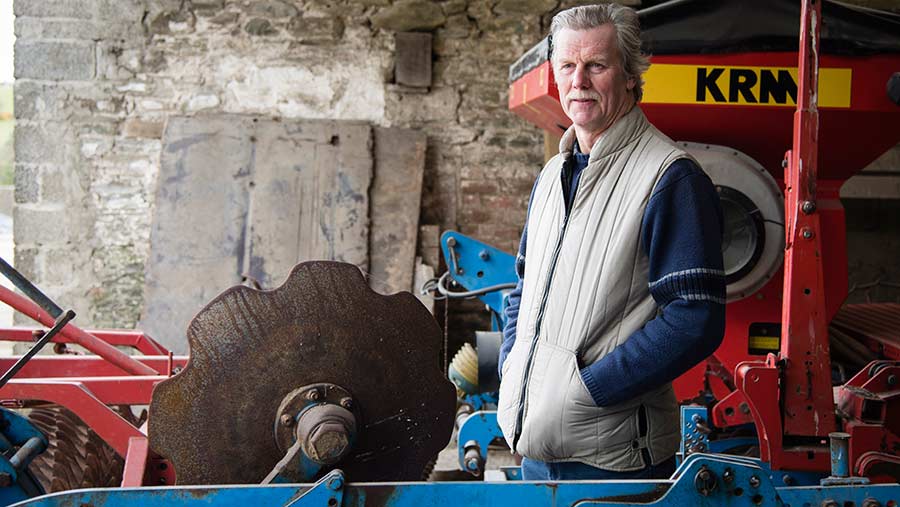 The weather has finally improved here, albeit three months late! However, it has allowed us to get a good push on with autumn drilling and in almost ideal conditions, with the result that all my arable area is now in a variety of winter crops.

Most are now emerging nicely, with the exception of some oilseed rape that was on the late side and had rather a lot of rain shortly afterwards.

I suspect it won’t be viable and will probably have to go into a spring crop.

It has also been a great spell for potato producers to lift their crops in nice, dry conditions – something we are not used to.

Although harvest here was very disappointing, at least prices have improved somewhat over the past month, mainly due to the weaker value of the pound. At least Brexit is delivering something positive – long may it continue.

I have attended a couple of meetings recently to discuss the possible shape of a new policy for agriculture in a post-Brexit world.

I view this as an exciting opportunity to design a policy that is both sustainable and fit for purpose and, so far, I am encouraged by some of the ideas that are emerging.

The challenge will be putting meat on the bones of those ideas and actually delivering them. One area that I strongly believe needs to be tackled urgently is the huge imbalance within the supply chain.

Farmers have to earn a much larger percentage of our income from our product price in future, which in turn would reduce our dependency on government financial support.

It is also interesting that the majority of farmers I talk to hold a similar view and don’t view the annual “benefit cheque” as sustainable.

Talking of support, I must give credit where credit is due, and congratulate our minister on delivering a 70% advance payment of our BPS.

This was most helpful in this difficult year. I did wonder, though, how this minister could deliver when the previous two ministers said it was impossible. Is this just politics or different levels of competence?