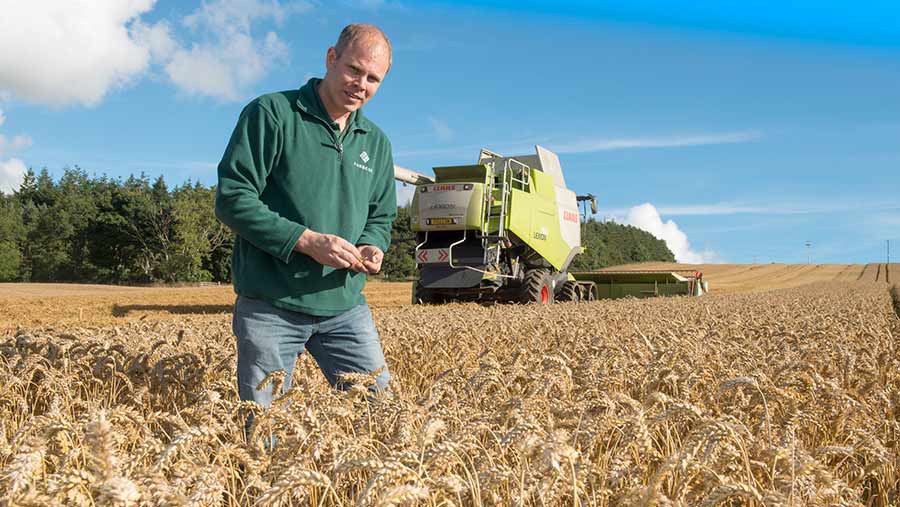 This week marks quite a change for me. After 25 years as an employee of Farmcare, I have now transferred to manage a new contract farming company, owned by one of the estates for which we farm.

This provides an exciting opportunity to review all aspects of what we do, although in the short term my focus is on getting new accounts set up with suppliers and, most importantly, making sure the phones and internet keep working. How we ever managed before I don’t know.

The drought seems to be over, with quite a bit of rain in the last week of July.  At last grass is growing again, allowing us to stop feeding silage, but the damage has been done to the arable crops.

Winter barley yielded just below average, but in line with expectations. Following this we harvested a block of Golden Promise malting barley, which was a disappointment.

I think the combination of being the first crop drilled on the lightest land and rapid growth meant it was stressed much sooner than the other varieties.

The only consolation is that the rest of the spring barley looks better and a few parts that had enough moisture are now going flat, showing the potential that was there, had the rain come when needed.

We have just started cutting oilseed rape, which is coming off the combine at 10% moisture and looks to be yielding OK.

In a week or so we will have more spring barley and wheat ready for the combine.

The next few days will also see us preparing land for oilseed rape establishment, using a mix of min-till and ploughed, and hopefully some with a demo of a subsoiler drill I saw at the Highland Show.

Seeing the prices currently on offer for crops has given the opportunity to make some further sales, particularly of feed barley, now that we have a known tonnage.

I am also starting to make some sales for next season on the basis that the prices on offer will leave a profit based on budget figures – assuming a more normal rainfall pattern next season.