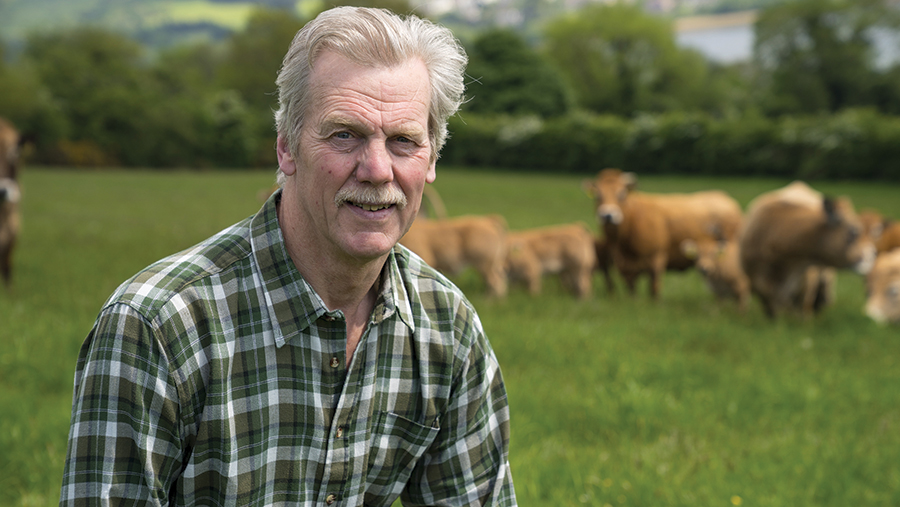 I was complaining in my previous article about having 95mm of rain the previous month. That was nothing – we have now had a ridiculous 262mm over the past five weeks.

It just won’t stop, and there is water lying everywhere. I can see our winter crops suffering now and they are badly in need of nutrition.

Even if it dries up now – and there is no sign of that – it would be at least a week before we could get on the land.

See also: How a grower slashed insecticide use by splitting fields

That takes us past the middle of March before we can apply a first nitrogen dressing, which in turn is bound to have a negative effect on yield.

This is just one of the frustrations of farming, with little we can do about it. It is such a shame to see some good-looking crops not being able to reach their full potential.

My oilseed rape, in particular, was looking much better than last year, and I have managed to keep the pesky pigeons away, but can’t now get on the land to feed it. What a strange and difficult year.

Is this really all climate change? We have had bad years before, and I remember 1985 as being probably the worst I have experienced, but there was no talk of climate change then.

On the positive side, nine out of 10 Aubrac heifers have so far produced a strong, healthy calf each, without any help.

We can’t get them out, though, with all the wet weather, so have had to create a large playpen where the “calf Olympics” have already started.

Cows are due to start next week, so I hope the weather settles soon.

The next challenge could be coronavirus, which I certainly hadn’t heard of a couple of months ago.

It appears to be moving at serious pace and could well have implications for all of us.

Maybe we farmers are in a slightly lower-risk category, with being outdoors much of the time and generally not mixing together in big numbers.

It does rather emphasise again the importance of maintaining a strong base for home-produced food and food security. Let’s hope the government takes note.