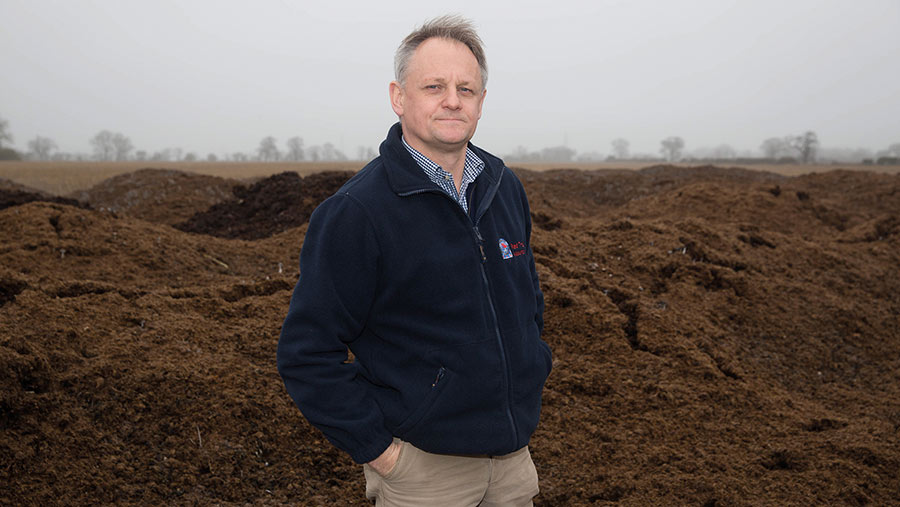 So much for the optimism that I expressed last month.

The end of September passed by and despite the best intentions and considerable efforts, we only managed to have 25% of our winter crops planted by the time that October arrived – so if it does dry up, there is plenty to do.

Hopefully, we won’t end up like so many others did last year.

It is, of course, one of the issues that we get here following irrigated crops with winter cereals, it doesn’t take much rain at all to saturate the land and make it a challenge to drill.

Thanks to the mild conditions and plenty of moisture those crops that were planted are up, away and look well – no doubt a magnet for every aphid around.

Very many promises have been made since the referendum that sought to free us of the shackles of the European Union.

If I remember correctly, one of the most important is the reduction of direct support payments to those large landowners who were, apparently, drawing loads of taxpayers’ cash for doing nothing.

Now, we all know that’s an utter load of rubbish – to make a claim you have to be a farmer, well at least on paper you do.

We do all seem to have gone along, in our usual humble way, with helping the politicians to honour this significant promise.

We did this on the basis that some of the assurances made along the way would come to fruition.

From my perspective, one of these in particular was made by Mr Gove when he was at Defra, that those large recipients hit first would have the ability recover some of the money lost through access to one of the new schemes.

It does rather look like the latest Defra secretary is going to have to work miracles to pull something out of the bag and deliver what he has described as a prototype version of the Environmental Land Management (ELM) scheme, something to fill the massive funding gap that we are facing between now and the introduction of the full version of ELM, which isn’t due to be introduced in 2024.

So a few of questions stem from that latest promise: will the prototype deliver cash next year, be available to all in the same proportion as the loss of payments, and, much more importantly, will ELM be ready to deliver in 2024?