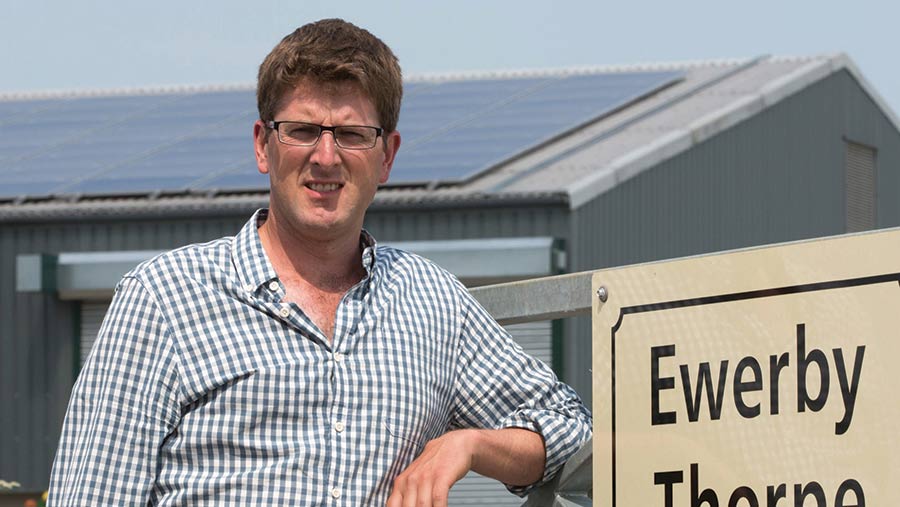 This year it was our turn to host Open Farm Sunday as part of the local NFU chairman’s duties.

I was more than a little worried when I had to dig my winter coat out of the cupboard in the days running up to the event but on the Sunday (11 June) we had truly wonderful weather which encouraged approximately 800 people to attend.

This was the perfect number, keeping all the helpers busy and the trailers doing the farm tours would return just in time to be immediately reloaded.

We were encouraged by the public’s understanding of the countryside and what we as farmers do, with many people amazed that we voluntarily give our time for the day for no reward.

Yet no sooner than your faith in the general public is restored, then you open the newspaper to see that Britain’s finest are being tear-gassed in the south of France.

One of the main questions from the day, which could possibly be used as more accurate barometer of the true public feeling towards farmers, was that of a Brexit.

I have now reached the stage of turning off the news when the referendum is being discussed because it has degenerated into a petty schoolboy argument, with no group giving us any information with which to make a decision.

So being the consummate politician I am, I outlined the position of agriculture in both scenarios, all the while remaining completely non-committal.

It is a shame that we may well not find out the European Parliament’s decision on the re-authorisations of glyphosate before polling day here.

If the French seem set to ban it, which early indications suggest they are, than that could well influence agriculture’s future within the EU.

We have for a long time had some of our interests protected within Europe by French farmers blocking the autoroute with burning tyres, or spreading slurry on the local Hotel de Ville.

This potential victory for the bureaucrats will come as a major blow to all of us, but in the spirit of fair play I am sure the politicians will ban all imports which have been treated with glyphosate. Hmmm!