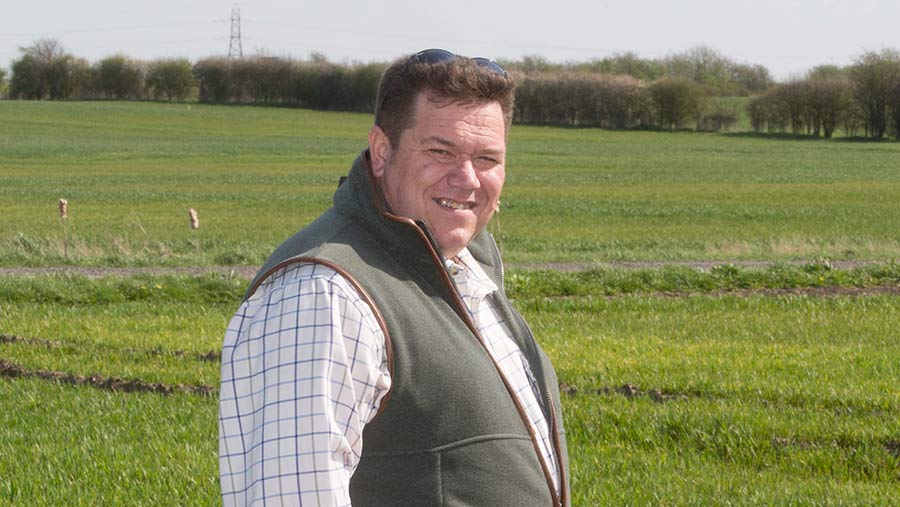 Im trying to put a positive spin on things, but its hard. The complete lack of measurable rain led to a less than average harvest.

Poor germination results mean more will be required for seed than normal too, so more cost.

Cultivations have been frustrating to say the least. With concrete-like conditions the plan has been to try and create some tilth with shallow working depths and to put some small clods down the large cracks to try and prevent the clay from losing the structure it gained from the summer’s heat.

But even shallow working has eventually taken its toll on the machinery. Our Farmet Phantom has put in a sterling performance but even it has suffered at the hands of our hard clay soils.

However, thanks to J Brock and Sons, downtime was kept to a minimum, with Ray staying till after midnight one night to get us back up and running, so many thanks for that.

I don’t know where to start with the oilseed rape, this has fast gone from being one of my favourite crops to my most hated.

Some was drilled early directly into stubble and friable tilth to be followed by 5mm of rain – perfect I thought.

Other fields were worked very shallow and immediately rolled to conserve moisture and then drilled into reasonable tilth.

The last block was also drilled directly, but 14 days later. All blocks, regardless of drill date or establishment, have suffered what is for us unprecedented damage from cabbage stem flea beetle. Every single plant has been attacked in some fields, really quite devastating.

On a lighter note, my thanks to Raisthorpe Flyers and B&B tractors for a fantastic day of simulated game shooting in North Yorkshire.

The hospitality was second to none and the scenery was truly stunning. I apologise to my team mates if my shooting wasn’t quite up to its usual standard. The sun was in my eyes.