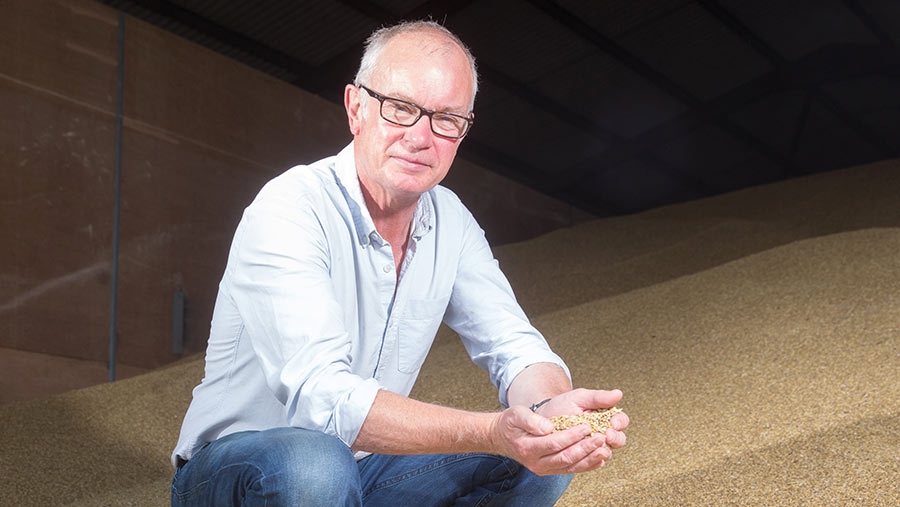 It’s a few years since Farmers Weekly had an organic arable farmer contributing to its Farmer Focus line-up.

From memory Andrew Charlton was the last and I am immensely flattered to be invited to take the baton from him and keep you abreast of what’s going on in the sector as well as on my farm at Shimpling Park, Suffolk.

We converted 120ha to organic production in 1999 as a diversification exercise when we were struggling to make sense of the economics of selling wheat at £75/t and oilseed rape at £115/t.

I was doing all the spraying at the time and the lure of leaving the Bateman seat and selling wheat for an extra £100/t certainly had an appeal.

At the end of our first six-year organic rotation we found that we were £155/ha better off farming organically, so we converted the rest of the farm, with the final block converted in 2007.

At that time our contract farming business was expanding and wanting to keep things simple and only farm organically, I offered our farmers the opportunity to convert their farms if they wanted us to continue, or leave us and find another contractor.

I am proud to say that they all came with us and the business continues to expand, with our contracted area now at 915ha in addition to my own 650ha.

We run two different rotations across the farms depending on the financial expectations of our farmers, with most of the cropping taken up by wheat, barley, oats, beans and spelt, alternating between winter and spring cropping.

I have also dabbled with quinoa, buckwheat and this year even have a strip of parsley!

Having introduced myself in this first column I look forward to revealing more of the muck and mystery of organic arable farming in future issues.