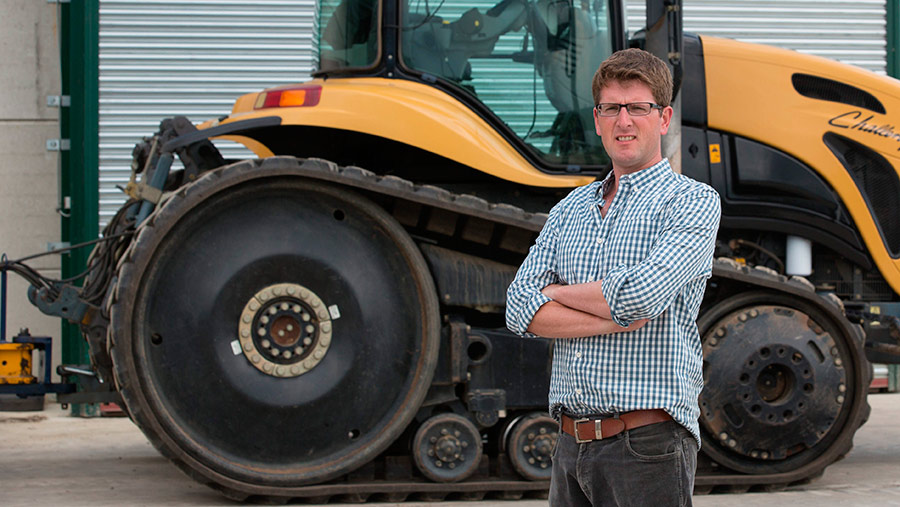 “A good soldier never looks back” were the words of wisdom imparted by “Fearless Phil” when I commented on the wobbliness of my trailer, while carting maize across some treacherous slopes in the South East many years ago.

With this in mind, I am looking at alternatives to plan A, which was devised on a warm July day when I evidently wasn’t considering a wet and cold spring seriously enough.

So as I respond to the monikers of soldier, general and anything in between, I have now decided to devise a plan B – and possibly C-Z as well. Time will tell if I ever need to implement these.

Fortunately I am a stubborn soul and I stand by my original assessment of current combinable crop profitability integrated with blackgrass control.

In July there wasn’t – and there still isn’t – a case for growing a winter crop and risking significant blackgrass seed return.

If late April starts turning into early May, l will get very tempted by the no crop option, to be replaced by a summer cover crop which will guarantee zero blackgrass seed return.

This may cause a temporary blip in the cashflow, but probably not as much as an average cash crop, and it will allow me to return to a higher percentage of winter cropping sooner. This will let me spread my risk more when/if sustained profitability does return.

I have drilled 200ha of the planned 420ha I had to do, albeit 75ha was on a contract customer’s lighter land.

The seed-beds have been good on the whole. Having had problems on oilseed rape stubbles with slugs in the autumn, it is now the turn of the spring bean stubbles to be infested with them.

But frankly who cares? Because when I am wheezing up and down on my new American “muscle” tractor, why look back?