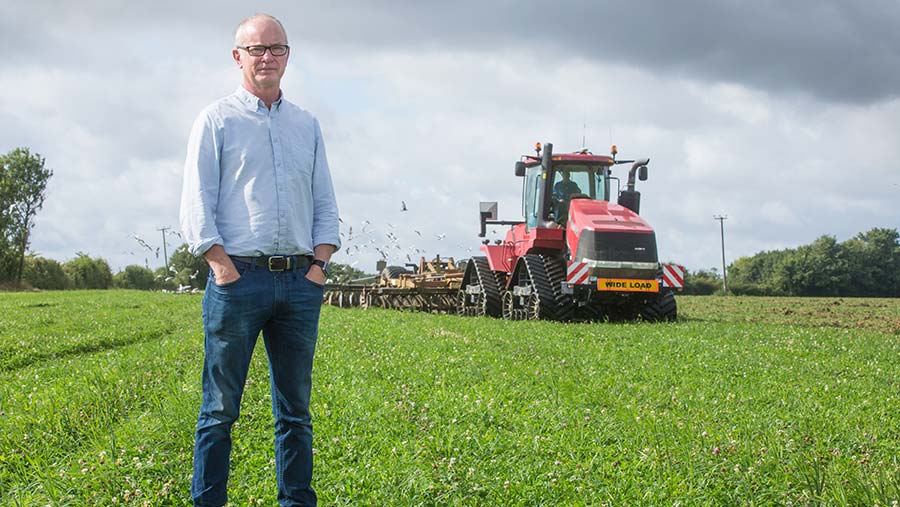 Unless something goes horribly wrong, by the time you read this, harvest 2019 will be finished at Shimpling Park Farm.

Our combine has been incredibly reliable this year (touching all available wood) but did at one point catch fire.

See also: Why a major blackgrass project is looking at soil health

Yields have been generally pleasing, either average or above average in the case of winter wheat and spring barley, but winter beans have been extremely disappointing despite my positive thoughts in my July Farmer Focus submission.

I’m currently talking to Roger Vickers from the Processors and Growers Research Organisation about a project to try and de-risk the pulse part of our rotation as we can’t keep on doing what we are doing.

Having beans and clover in the rotation has meant that we have built up a large population of Sitona weevils and they are turning into as much as a problem as my neighbours are having with cabbage stem flea beetle.

Generally beans and established clover can grow away from weevil attack, but where they are giving us a headache is when the clover is under-sown and remains small, shaded by the crop.

The key is to give the clover more light, which means we will have to look into sowing the crop at lower seed rates.

This will mean a loss in yield, or we could sow earlier, even at the same time as sowing the crop, to get the clover more advanced before the crop canopy closes to hopefully give the weevil more that he can chew.