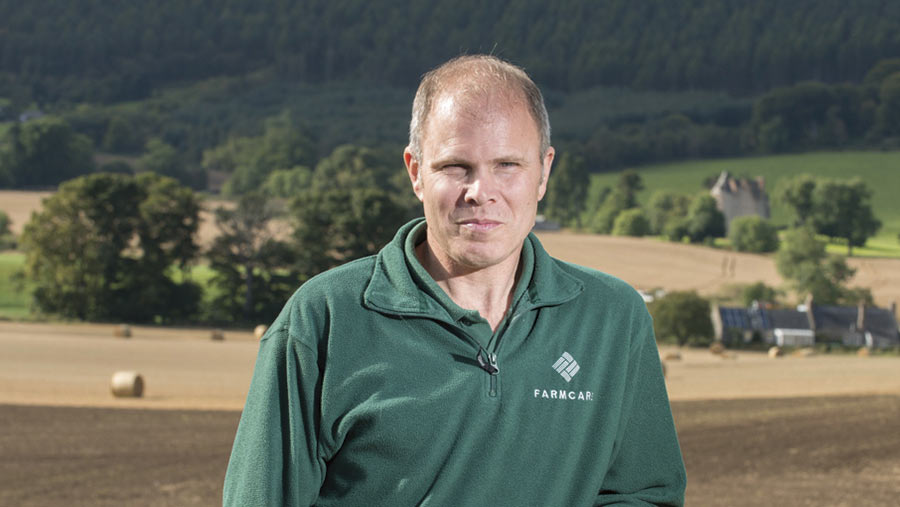 I have now finalised my spring barley variety plans along with the associated seed orders and malting contracts.

With half of our cropped area in spring barley this is important, not only financially, but also to spread both risk and the harvest period.

The range of contracts that we take provide some certainty in pricing through a proportion being on minimum, fixed and premium over wheat futures prices.

While I had hoped not to grow Concerto again due its lower yield and brackling risk, continued maltster demand means that I will be giving it another season.

However, this will be on a considerably reduced area and it will be replaced as the major variety by Laureate, which is now being widely accepted for malting.

February has been a month for getting up to date with the latest thinking in the industry at a variety of conferences and training events, as well as collecting the all-important BASIS points and occasional bacon roll.

Common themes this year have been data management, minimising the risk of fungicide resistance and variety selection.

Later this week I am attending our spring agronomy planning day, provided by an independent agronomy expert and it will be interesting to see how this advice compares with the messages put over by those with something to sell.

On the farm the winter so far has been relatively dry and frosty allowing good progress with getting muck spread and winter ploughing, with land ploughed early getting a good frost tilth, which should make seed-bed preparation easier in the spring.

Calving is progressing well, with increased numbers born in the first three weeks. I am pleased that the offspring of our new Limousin bull which was used on the heifers have been born easily and were quickly up on their feet, emphasising the accuracy of estimated breeding values when selecting bulls for purchase.

The remote camera system fitted pre-calving has proved very good for our stockman to view the herd on the monitor connected wirelessly to the shed.

However, poor internet connection has meant that viewing on phones is not as good as I had hoped and further work and probably expense will be required to get the full benefit.