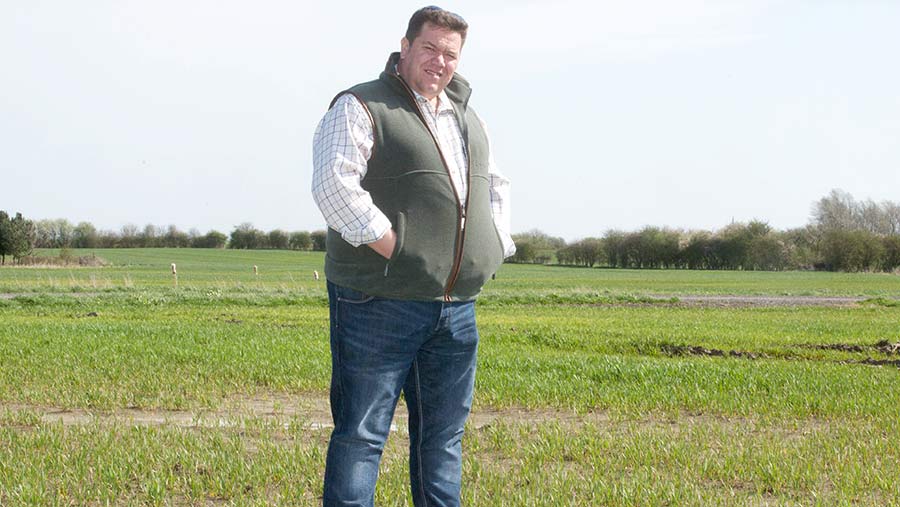 You can’t beat the weather, and this summer just goes to prove it; half of our oilseed rape crop has been written off primarily due to drought.

Since drilling the rapeseed we’ve had only small amounts of rain and following each event the wind has blown hard and dried it up within hours.

This in turn has given cabbage stem flea beetle a chance to ravage the crop, but anywhere the crop is sheltered from the wind it looks well.

Spring beans are the likely replacement for the failed rapeseed as long as we can find some seed.

At the time of writing we have just had 26mm of rain, which is by far the most we’ve had since May. Hopefully this will germinate some blackgrass before we drill our final block of wheat on what is our dirtiest block in terms of blackgrass.

Early drilled wheat on clean land is up and in row. Slug pressure has been minimal so far although the recent rainfall is likely to change that.

Hybrid winter barley is going to feature again at Belvoir. I have a love-hate relationship with this crop.

First, I have an allergy to barley, so an already irritable farmer at harvest becomes an unbearable farmer as I come out in a rash and my sinuses completely shut down.

Second, of my three previous attempts to grow it we ended up with good yields only on the first attempt, with the second and third being average.

We are trying it on our heaviest land so hopefully we should have better results this time around.

The Agriculture Bill was introduced into parliament last month and I’ve been trying to get my head round the implications for the business.

I gather there is a will to simplify the system by introducing more acronyms. BPS becomes DAP or TAB (I’m not sure which at this stage) and CCS becomes ELMS, and between 2020 and 2028 some will be phased in and some phased out. Is that clear? Good.

However, one thing is certain: from 2028 there will be no direct support to agriculture.