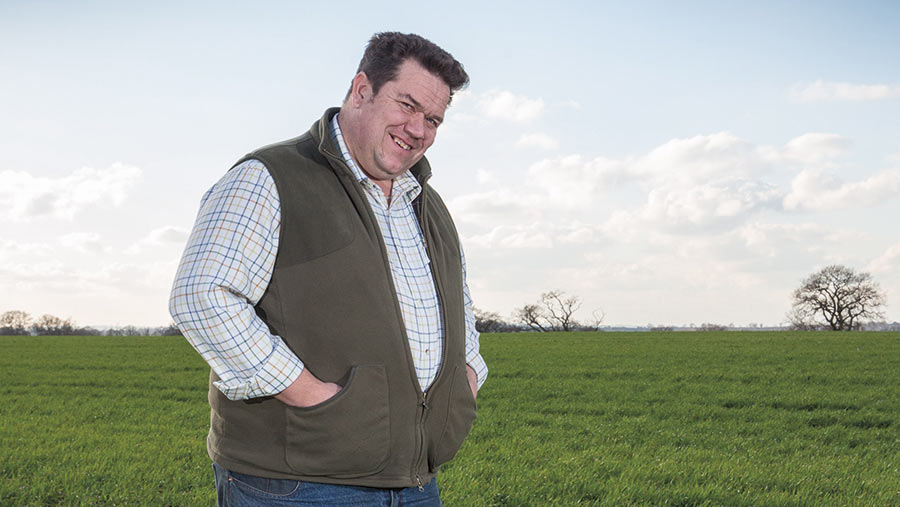 To plough or not to plough, that is the question. Most of the farm has never been ploughed and certainly all of it hasn’t been ploughed for more than 30 years.

Well, last autumn we ploughed about 6ha of our worst blackgrass-infected land and it wasn’t a pretty site.

However, I have to say it is now as clean as a whistle and we literally can’t find a single blackgrass plant.

I have to admit the ploughing was done to a standard akin to the local ploughing match – it was certainly not hurried.

I don’t embarrass easily, but I have to say one-third of our wheat is filthy with blackgrass – and I mean filthy.

A complete embarrassment. Having sprayed 80ha off earlier in the year, I was hoping we had got rid of the worst of it, but clearly not. I’m a proud man and this hurts.

My moaning earlier in the year about spring drilling looks as if it is going to be an annual event as I believe no one thing will work alone.

Spring drilling will have to feature along with ploughing, Autocasting, direct drilling, delayed drilling and a greater number of break crops to in our cunning plan not to be beaten by black grass.

On a more exciting note, our combine has gone away to a secret location only known to scientists in lab coats to have a Redekop MAV straw chopper fitted again. This is certainly one of our more exciting purchases, having dabbled with prototypes.

I’m really looking forward to using the production machine. The ability to chop finely and spread over a full 12m will revolutionise residue management and hopefully reduce the slug burden. Along with this we are fitting an autocast system to help establish oilseed rape where the blackgrass burden is at its heaviest.

We haven’t autocast for five years and historically had reduced blackgrass numbers due to the lack of soil movement. This time we have made a few improvements, so watch this space for future updates on how it goes.