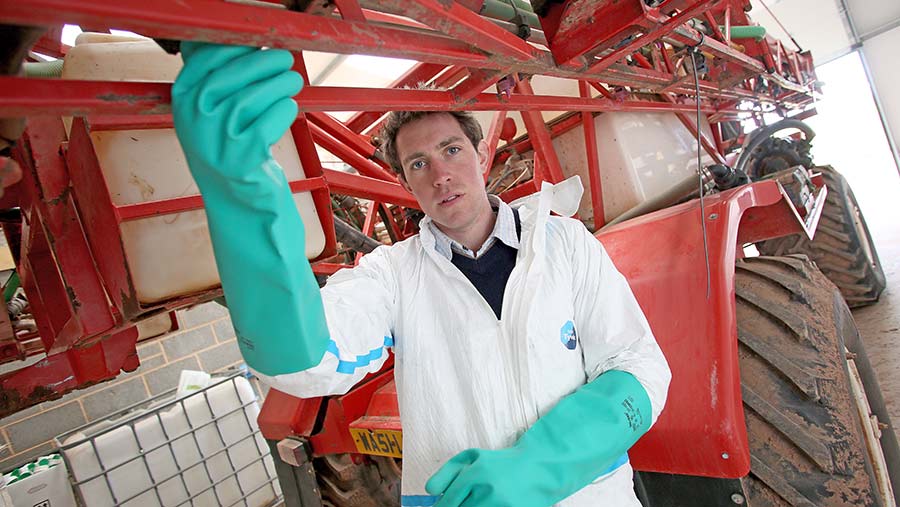 At this time of year, it really feels like you have a crucial influence on the potential outcome, both physical and financial, of the crops come harvest.

The decisions made – on the level of weed and disease control to take, how much to spend, whether to do spot treatments rather than blanket applications, nitrogen timings and nutritional demands – will have an impact on the crops’ potential.

All of these things we have control over, but the weather has the deciding vote.

Surely in the 21st century an accurate three-week weather forecast is feasible, to aid us with these decision-making processes? Or in the future will it be algorithms taking all these factors into consideration to provide us with accurate guidance?

Spring oat drilling was completed just before the Easter weekend and although we started three weeks previous there was only five days different in emergence.

Although it could be said that we are quite late in finishing spring drilling, patience has paid off this year as there were signs of capping and waterlogging in earlier drilled crops.

125kg/ha of DAP was applied with the drill and this has really helped get the crop away. An untreated plot has been left so it will be interesting to compare the difference.

One observation in varietal difference has been that the Elyann has got away faster than the Canyon.

The winter barley has suffered from abiotic spotting caused by a growth reg application at GS30 followed by some frosts.

Again, it was interesting to observe the reactions of the different varieties as the hybrid was not as badly affected as the conventional (Cassia).

It has now gone through stem extension and the affects are not as obvious.

The winter wheat is currently looking very clean, however precautions have been taken at T1 as septoria can be found at lower levels and there is rain in the forecast for our area.

Eyespot has also been detected in some early drilled Graham so attention has been paid to that. Once again our targeted approach has been made on judging the crop by its current potential.

Hopefully all the attention to detail and the little 1%s can have a positive affect in the end.