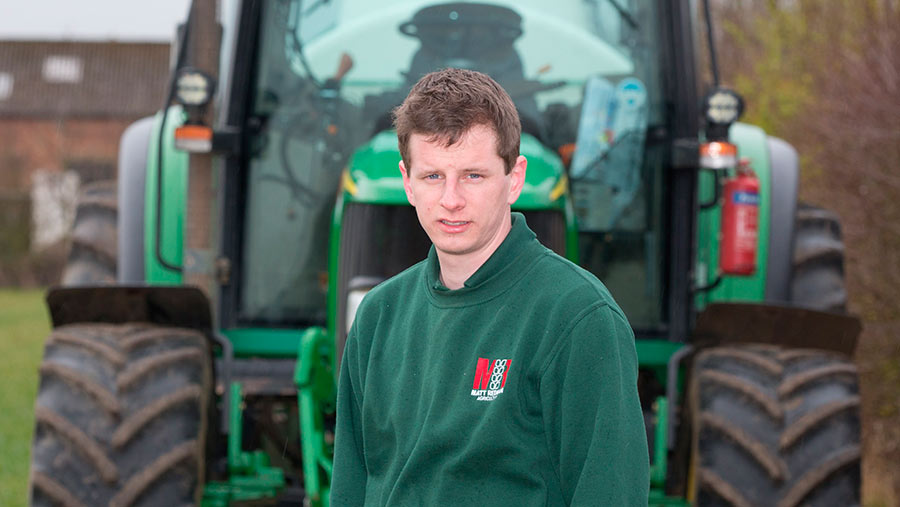 T2s have all been applied pretty much bang on time, which was a relief after the struggle with T1.

Overall, wheats are looking well, although blackgrass has continued to germinate all year and is now starting to poke through in areas that were considered pretty clean.

Further monitoring over the next couple of weeks will allow a decision on whether areas need glyphosating before the Cereals Event.

Drilling finally finished in May after a very difficult spring. Slugs have been a big issue this year, regardless of establishment method – the mild winter was no doubt a factor.

Even in winter cereals it is possible to find loads of them, so caution and careful product choice will be needed going into the autumn – especially when using metaldehyde.

BPS 2015 was an absolute shambles and the application process for 2016 wasn’t much better. Thankfully the deadline wasn’t extended or there would only have been increased confusion and the whole process would have been behind before it started.

It’s definitely one of those few moments where I’m glad I only have a small area of ground at the moment. At least it is easy to fill in the forms and there’s less chance of the RPA messing it up (although they lost the whole thing for a few weeks last year).

Cereals is just around the corner and it looks as if it is going to be a busy show for me this year – although there isn’t anything I’m dying to see.

On the first day I have the awards presentation for Farm Sprayer Operator of the Year – I was part of the judging team this year.

We had a brilliant couple of days visiting finalists and took away many great ideas, hints and tips from each of them. I would strongly encourage anyone thinking about it to enter and have a go next year.

Also on the first day of the event is the launch of the next Cereals Development Programme by the NFU and Openfield – a great little training scheme that I was lucky enough to be part of the last time it was run.

Pop along to the NFU stand at 4.15pm to see what it’s all about and have a chat to some previous participants.