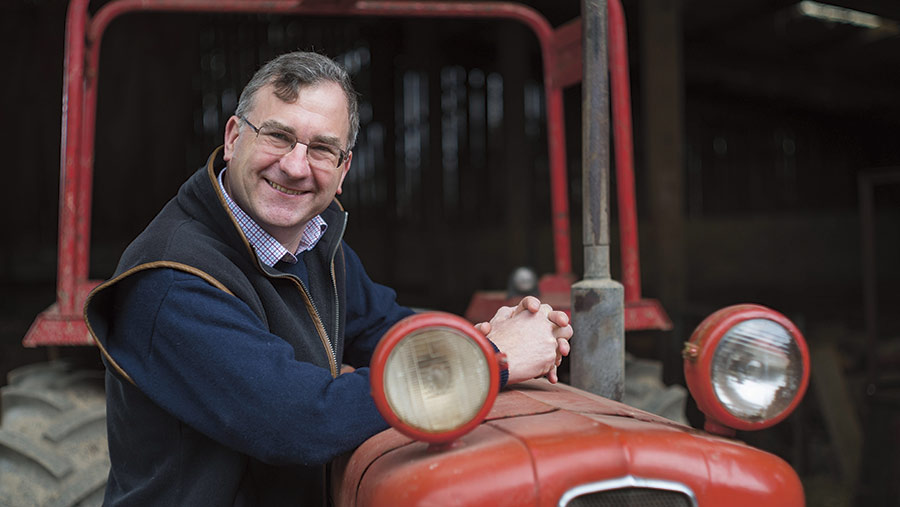 Here in Cornwall our potato planting was finished in good time. Soil conditions were generally good although they have taken a while to warm up.

Having said that, the earliest planted have grown away well and look about on target.

The majority of the area has emerged and our blight control programme is under way.

I spent an extremely enjoyable evening recently courtesy of one of our local agrochemical distributors where the latest thoughts on blight-control programmes were shared.

As is the case in most seasons, we will need to modify what we do slightly in order to keep on top of what can be a huge issue for us.

It is possibly something where genetic modification could have a role to play in future but I feel that is a very long way off.

With that job out of the way we have turned to making silage for the cattle. Given the spread-out location of our grass, we operate a simple but flexible system of round bales.

We have all our own grassland kit but it’s fair to say that I haven’t invested very heavily.

However, it works and it doesn’t take that long to get the job done.

In between times we have started to dust down the irrigation equipment. If we don’t get a good soak soon I feel we will need to be pumping water.

Some showers along the way and a generally cool run of temperatures mean that there is still some reasonable soil moisture present.

However, there are regular patterns of high pressure on the weather charts, which are making me feel twitchy.

The onions are in greatest need and I am also tempted to water some of the daffodil bulbs.

Rainfall or the lack of it over the next couple of months could be crucial to the success or otherwise of crops here this season.

Finally, it is farm walk time. I’ve been to a couple so far but we also have a few to host.

Consequently we need to get the brush and shovel out and have a general tidy up so we can pretend that the place always looks just so!