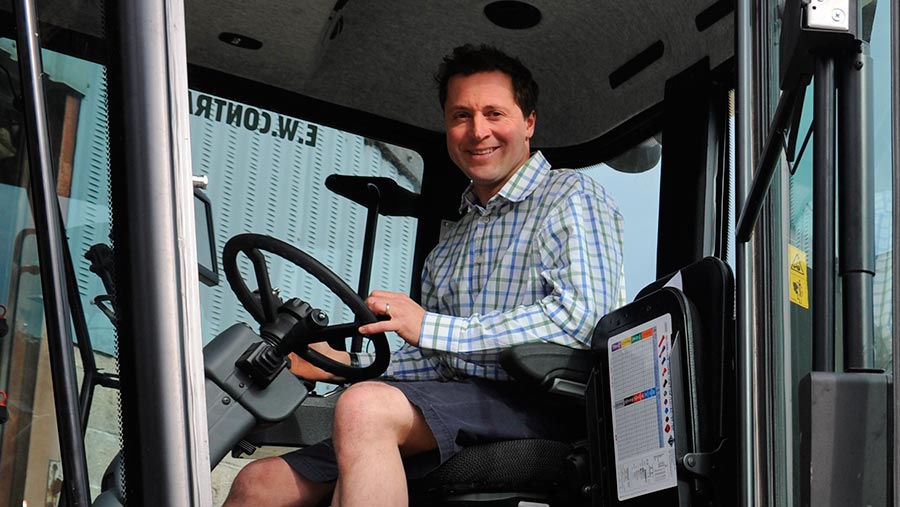 It has been a very busy few weeks on the farm. Trying to juggle maize drilling, TB testing and first-cut silage, along with all the usual fertiliser and spraying applications has been challenging.

The hot weekend in mid-May was really welcome and transformed all crops. Oilseed rape flowering has been protracted, probably not helped by late frosts.

Winter barley on the greensand is the poorest performer, but fortunately the wheats look to have plenty of potential.

I’m going to resist the temptation to tell you how I’m going to vote in the EU referendum – and why I think you should do the same as me.

Most people’s minds are made up by now, and with less than a month to go both campaigns have descended into the gutter.

People keep telling me their heart says one thing and their head another, but politicians seem to be talking out of another part of their anatomy.

It is doing enormous damage to the reputation of the political system, and normal government process is on hold.

I will be voting for the “least bad option” as I see it. Despite the polls, I predict the result will be very close, with the losing side crying foul after all the controversial campaigning.

I completed my recent run of training with a local first aid refresher course. A few days later I was a first responder to a pedestrian unconscious on a public highway, so was very relieved to have the training fresh in my mind to know what to do.

I would thoroughly recommend it to anyone involved in farming as something to do every few years.

A recent tractor engine problem was finally linked to contaminated fuel. We found a microbial deposit “growing” in the metal fuel tank.

Modern diesel, with a biodiesel component, is prone to this and it was a reminder to include the correct additive to prevent this happening again.

This spring my wife finally fulfilled her ambition to foster a pair of orphan lambs.

This has been great fun and a good learning experience for all the family. My suggestion that these should be considered “edible pets” has not been well received.