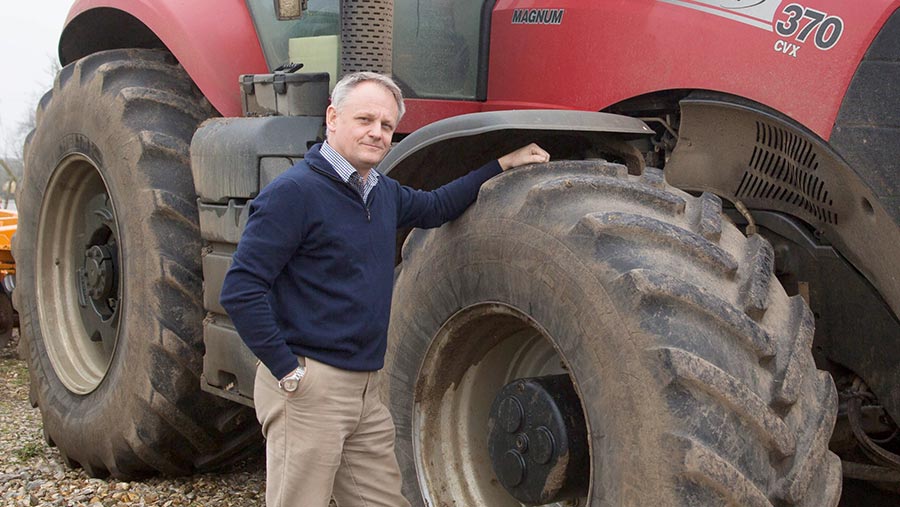 The fantastic early spring has let itself down recently. The return of the cold north and easterly winds and early morning frosts has slowed that early start in crop growth.

This, combined with the distinct lack of moisture, is starting to take its toll on winter cereals.

They look stressed, especially the wheat, in which you can clearly identify the Breckland Stripe or Swale as it is known around these parts, where there is even less moisture than the rest of the field, something we usually only see in the heat of the mid-summer sun.

Unirrigated spring crops aren’t really showing themselves all that well either. Sugar beet is slow to get going and AD maize is being drilled into exceptionally dry seed-beds.

What to do about it is the question: take care on what we spend on the remaining inputs, take exceptional care on timing of any sprays to minimise further stress, don’t sell too much crop forwards, ensure that livestock have plenty to eat, and I suppose above all else, rely on the usual farmer’s input of hope!

The hope is that we get some rain before it is too late, rather than the usual scenario of it raining when we want to harvest.

Now that I have broken my promise of not moaning about something over which we have no control, I will adopt a more positive approach and compliment Natural England for their handling of Birdgate, as one or two people at the Game Fair recently held here at Euston called it.

When faced with the threat of being taken to court, they pulled out all the stops.

They quickly provided us with a solution: the ability to apply for a new, more robust and defendable licence and new species-specific general licences within a short space of time. Well done them.

It is a great shame of course that they were forced into such a corner by those who seem to lack understanding of how the countryside needs to work.

Thanks must also go to the NFU Mutual for providing us with a comprehensive health and safety audit to ensure that we are as safe as possible. I do hope that you are all doing something similar.