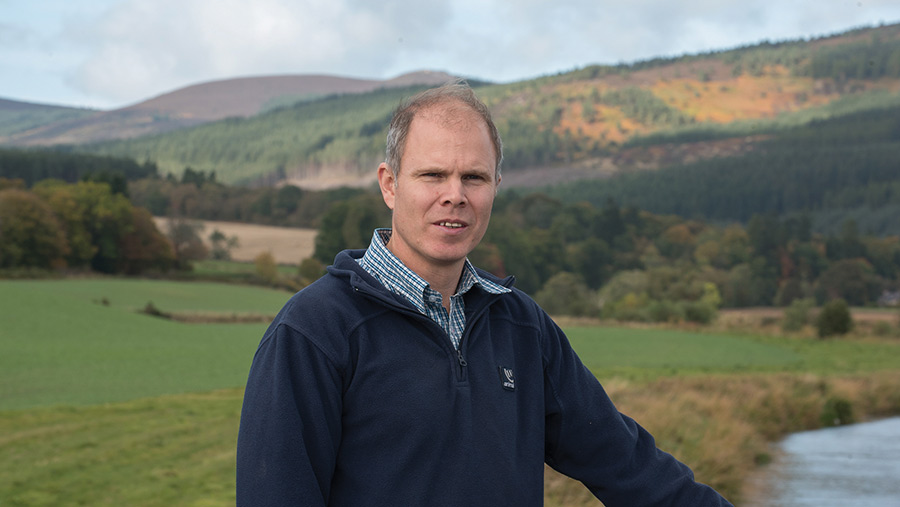 October ended up being the second wettest month I have ever recorded, with 202mm rainfall in just one month. It is amazing that we managed to drill some wheat after potatoes.

Despite 31mm of rain falling overnight three days later, a spell of much drier and relatively mild weather has caused the wheat to emerge surprisingly well.

I am hoping there will still be a few spraying opportunities to get the last of the OSR treated for light leaf spot.

Unfortunately, we always seem to get the wrong combination of rain, wind and dry leaf, so we may have an unplanned trial investigating the benefits, or not, this application offers.

Having had several online training meetings over summer, I had my first virtual audit last week for one of our livestock customers.

It now looks like this will be how the farm assurance audits will be conducted this winter.

I can see that, long term, more will be carried out this way as it significantly saves time and massively reduces road miles and therefore carbon dioxide emissions.

Having just completed our third carbon audit as part of the Scottish government’s Beef Efficiency Scheme, every little helps.

There is quite a bit of grain due to be loaded out of store over the next five weeks, in a pre-Brexit clear out of barley.

Hopefully, by the time it is all loaded we will have some sort of deal that allows tariff-free exports to continue and the new crop barley price to rise to more attractive levels.

With ploughing for spring barley now advancing and seed orders being placed, it would be reassuring to see the feed barley price rise prior to committing to varieties and malting contracts.

We are also going to be trying an area of cover crop in the rotation this season as part of an environmental scheme, so I will have to do some research on the best mixes to provide both fertility for the following wheat crop and an increase in organic matter.

If successful, this should allow us to lengthen the OSR rotation, while maintaining the wheat area.