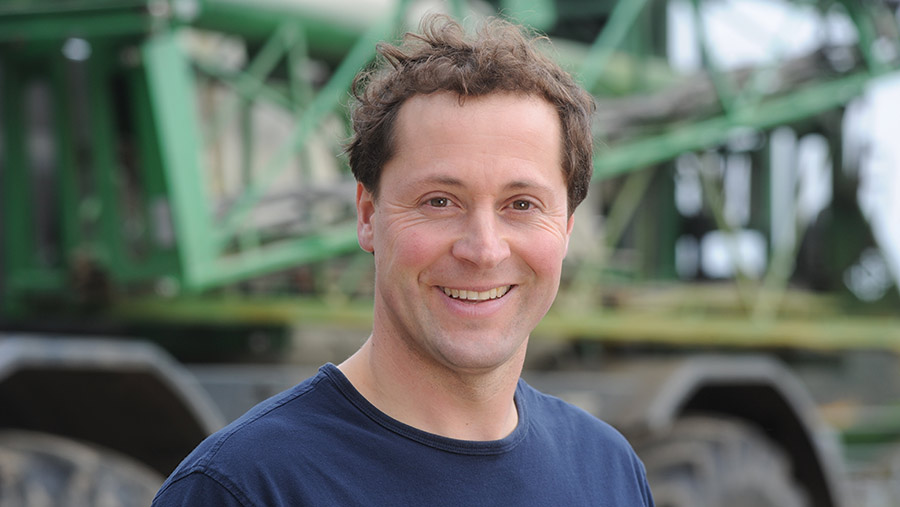 I have spent many hours in the past few weeks sat in the crop sprayer. I always really enjoy the challenge of trying to pace crops racing through their growth stages and keep timings on track.

The rare sprayer miss gives some confidence that the products being used represent value for money.

This spring I have experimented with using higher water volumes (140 litres/ha) to try to improve coverage as well as a foliar zinc trial in a bid to boost milling wheat proteins.

The sprayer seat is also a great place to ponder the consequences of some of the bigger decisions being made completely outside of my control.

An EU leave vote looks increasingly probable and could lead to years of uncertainty as details of a messy divorce are thrashed out.

Meanwhile, glyphosate relicensing continues to be treated as a political hot potato, with EU decision-makers appeasing environmental lobbyists while ignoring the scientific evidence.

If glyphosate is lost, a precedent will be set to potentially benchmark all other actives as they come up for renewal. Will any be considered safe?

The good work that many pro-active farmers have undertaken using cover crops and zero-till techniques to promote soil health, sustainable production and a lower carbon footprint will be undone.

Farmers would be forced to revert back to the plough as their primary method of weed control with added repercussions for diffuse pollution and costs of production.

A recent family day trip to the Royal Bath and West Show was enjoyable.

The stocklines were immaculate; I have great admiration for those exhibitors who find the time and dedication to promote British agriculture at these shows.

Wildlife on the farm is at its finest in the spring. Red Kites continue to dethrone the buzzard as our dominant bird of prey, while hare numbers remain healthy. It has also been a joy to hear a very active cuckoo population in the Vale.