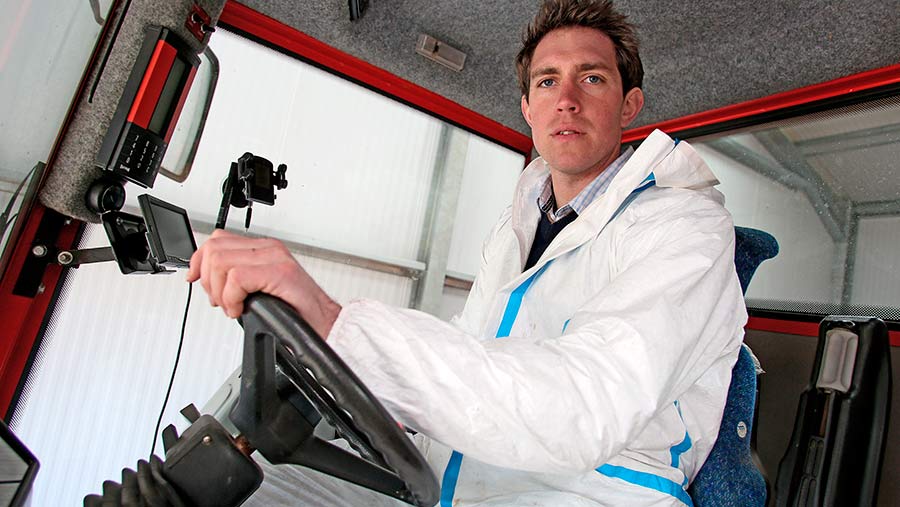 It seems to have been a long time since I wrote my previous column and in that period a lot has taken place on the farm.

We finally got our spring crops drilled and they are now all racing through their growth stages.

It seems patience was the answer, as the earlier-drilled crops emerged somewhat patchy and thin and do not look to have the potential the later-drilled ones have.

However, I did question myself when we were drilling peas on 26 April and we could not see for snow.

Overall, the winter crops look average to good and clean of both disease and weeds.

My concerns about the winter wheat variety Reflection were confirmed, as yellow rust has plagued it from the very start.

Therefore, the variety will not be selected again this autumn – it was the only one that required a robust T0 spray.

I made the trip to the Cereals event recently and it was clear to see on the journey to Cambridgeshire that blackgrass is a real problem this year, with vast areas inundated with the grassweed.

This was very topical at the show, with many people highlighting that this has been a poor year for controlling blackgrass.

Back at home, this is the first time I have seen blackgrass on the farm and while we don’t have large areas of it, a zero-tolerance approach has been taken, with glyphosate and roguing the main forms of attack.

One of our main focuses now will be to keep the blackgrass population at a controllable level while we still have the chance.

The approach to this one challenge in agriculture may be looked at in a completely different light once the decisions have been made on the EU referendum and the glyphosate debate.