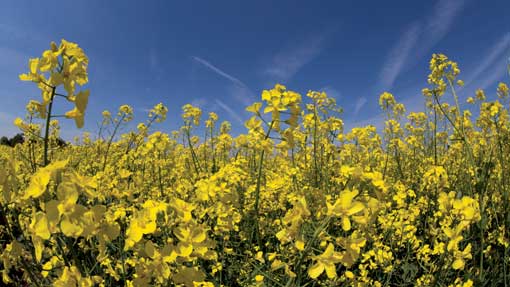 One oilseed rape grower north of the border has turned to on-farm processing of his rapeseed to add value to his harvest.

Gregor Mackintosh spotted a gap in the market and started bottling home-grown cold-pressed rapeseed oil from his family farm, and four years later he is the largest producer in Scotland.

The Aberdeenshire family business supplies more than 290 retail outlets across Scotland and England, deals with three major retailers Tesco, Asda and Sainsbury, and has its eyes on the export market.

The range expanded recently with four new infused oils, while the family has recently won an export order to a Dubai-based wholesaler with distribution across the Middle East.

He recognised that good publicity would be essential to the success of the business which trades as Mackintosh of Glendaveny from the family farm near Peterhead.

“We needed to get a great deal of exposure in the press from day one, so that both the new product and the new brand were recognised,” Mr Mackintosh says.