Read the latest from Cereals 2007

The single farm payment is being reduced and who knows what lies beyond 2012, says Cambridgeshire-based Velcourt farm manager Tim Whitehead. “My gut feeling is that something will be put in place, but who knows in what form. Short term, commodity prices have risen, which is great, but we are in a world market and it is very volatile.”

For him, three key actions are currently being implemented to boost the chances of staying in profit. Last autumn a 470ha unit, almost 30 miles away at Milton Keynes, was added to the business, with little increase in resources. Net result – a £50/ha cut in overhead costs, taking them close to Velcourt’s all-farm lowest of just over £220/ha.

Another significant change is the arrival of 3200t of sugar beet quota, adding a brand new crop to the rotation, with all the issues of agronomy and contractor negotiations, and the challenge of growing a new crop.


Finally, there is a fresh focus on getting to grips with the rising burden of red tape. That has grown significantly since Cereals was last held on the farm two years ago, with cross-compliance riding in on the back of the single farm payment regime.

Mr Whitehead is better qualified than most to comment, having had an inspection start in October 2005 and only finished recently, 19 months later.

“We passed with no deductions or fines, but it takes a lot of time,” he reflects.

There were three main areas of inspection, with a good deal of duplication, he notes. First DEFRA spent two weeks checking field areas and margins, then an Environment Agency inspector spent three hours checking nitrogen use and ground-water issues, and finally DEFRA returned to check pesticide use and grain storage. “This seemed like a bit of ‘double-dosing’, with inspectors from different bodies going over exactly the same ground.”

Mr Whitehead hopes DEFRA’s computerised Whole Farm Approach will simplify compliance and minimise duplication. “It looks promising lets hope they can get it up and running.” The company helped evaluate pilot versions and Mr Whitehead signed up for the current modules six months ago, but has so far had no response and derived no benefit.

“Cross-compliance demands management time, but most of what is required we are doing anyway,” he says. “We just have to record it in a professional/systematic way.


“To some extent we made a bit of a rod for our own backs as an industry, when we introduced traceability to address consumer fears after food scares like BSE and salmonella. We have got to allay consumer fears and get confidence back and under taking this in a professional manor is the key.” 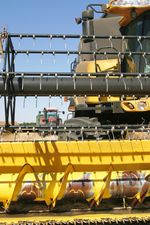 Velcourt farms director Douglas Inglis echoes that. “There’s no CAP policy yet for post-2012. But cross-compliance will almost certainly continue, either to justify further decoupled payments, or enshrined in legislation. All the processes are in place now for running and policing it.”

In the meantime the need to secure single farm payments is reason enough to take cross-compliance seriously. Mr Whitehead continues: “Let’s not delude ourselves, without the SPS payments there would be significantly less profit in the industry, so the trick has to be to minimise administration of cross-compliance and find the best practical methods of managing it.”

So what is his advice? “Keep it simple, work out a plan with things to do by key dates and ensure the message is communicated to the whole team, including sprayer drivers and grain store operators.”

Allowing time to address new requirements such as the waste regulations is also vital, he says.

There are business tools to help too. “We use Farmade field records and for £100 a year the Sentinel Active module flags up the compliance of all spray applications.” Similarly DEFRA’s Planet software indicates nutrient policy compliance with RB209 guidelines.

That isn’t to say greater flexibility shouldn’t be pursued. “We don’t want to find regulations prevent us from managing our businesses properly and fail to deliver the best result for habitats too. I think the regulators are becoming more understanding on this, which is good. If we can show we can operate with more sympathy for both the environment and our business everyone wins, which must be good.”

ELS shows the benefit of such an approach, notes Mr Inglis. “ELS practices are a quantum leap forward in terms of thinking by DEFRA, as now it is economically viable to manage wildlife areas and they can be ‘farmed’ just like any other crop.”


But HLS remains a different matter. “It is still just too costly to secure the benefits that are wanted. It needs better targeting or more money allocating,” Mr Whitehead insists.

So can Cereals 2007 help farmers cope with cross-compliance, legislation and advance their crop enterprises too? Yes, says Mr Whitehead. “It provides a great opportunity to get up to speed with all the latest demands and the solutions to them.”

And does Velcourt think the sector has a future? “Yes, I am optimistic, but with a caveat,” says Mr Inglis. “There will be challenges over the next few years, and farmers must continue to be professional and business-minded and sweat every asset, and then the profits will come. The Cereals Event is fundamental to this is. We consider it to be the major technical transfer event for arable farming in Europe it provides a great opportunity for informed discussion.”

How do you cut overheads by £50/ha? Add 470ha of cropping but only increase labour by one casual worker from March to late-October, and machinery by short-term renting a 250hp autumn cultivations tractor, hiring a 24m/3800-litre trailed sprayer and employing a contractor to combine 200ha.

Does that sound like a tough call when power and labour is already pared to the bone? Well what makes it work for Velcourt’s Tim Whitehead is the earliness of the new unit outside Milton Keynes. It may be 30 miles away, but the faster developing crops mean operations can be completed there before moving to the later Vine Farm near Royston, so stretching windows for each operation and making better use of existing resources.

“We can’t afford to have equipment passing each other between farms, or worse still sitting idle on one farm while another is stretched to the limit. Better organisation across the industry could really help drive overhead costs down.”

The arrangement suits EW Peppers, allowing it to focus on specialist, intensively-managed potato, bulb and cut flower production, while Vine Farm applies its expertise to growing commodity crops at least cost and for premium markets, within an overall strategy of managed risk.

“Of course we could maximise our margin by growing more Hereward for Warburtons, but that would increase risk too much, which we can’t afford to do. These days it is all about managing that risk, which is one of the reasons we have committed 20% of our wheat into a bioethanol contract with Centaur. It locks us into a price we can make a profit from, even if free market prices rise, and we do have to support these sort of initiatives if we want to put a floor into the market,” says Mr Whitehead.

Read the latest from Cereals 2007