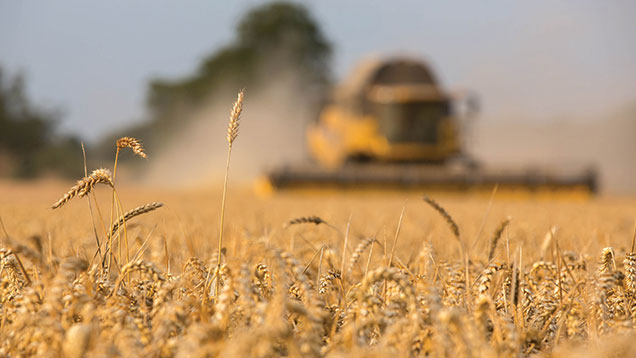 Feed wheat dominates on the western side of the country, with hard-milling feed varieties accounting for the lion’s share of the seed market.

Otherwise, there’s a dedicated area of Group 1 milling wheat grown for the Manchester-based mills, but Group 2 and 3 wheat varieties have almost disappeared from the region.

At the Wynnstay Group, some 80% of the company’s seed sales are feed varieties, confirms sales manager Richard Torr, who doesn’t see the situation changing much as the new cropping year approaches.

By far the biggest-selling variety in the area is Diego, which makes up one-third of his seed sales.

“It means the variety is now being grown in one in every three fields in this part of the country. It has quite a following,” he says.

Despite good new additions to the AHDB Recommended List, he believes Diego will continue to sell well and anticipates it will have a long tail of interest.

“In the current climate, its consistency and reliability will appeal. It also has a particular place as a second wheat, where it has performed consistently well,” Mr Torr says.

“They all have something to offer – whether it is better disease resistance, earliness or grain quality. It helps to differentiate them,” he says.

The soft-milling feed wheat exception in the West is that there is some of the variety Leeds grown too.

For those looking to make a change, alternatives for the first wheat position are the newly recommended choices Reflection, a Group 4 hard feed wheat, and Group 2 newcomer Lili, advises Mr Torr.

“Reflection is a step forwards for yield. It has done better in the West than in other parts of the country, so our growers should be able to benefit from this extra potential.

Importantly, its specific weight is in line with that of Diego, and it is early.

The variety Lili should have an effect too, he predicts, bringing a Group 2 variety back to the region.

“It has very high yields, which is what makes it a contender. There’s premium earning potential, but no accompanying yield penalty,” he says.

Mr Torr describes Lili as a safe variety. “At this early stage, there seem to be no downsides with it.”

Otherwise, the professional milling wheat growers have some good Group 1 options to consider.

“Crusoe is popular and will remain so. And both Skyfall and Trinity are going to find a place, providing they perform as expected. We will know much more about Skyfall after this coming harvest,” he adds.

A small area of Cordiale is also grown – the only existing Group 2 to feature in the region.

“It is another variety that has served growers well. They know it and can get the best from it. And there is a market for it,” he adds.

There is little or no demand for winter malting barley in the region, so the choice for growers is between a two-row feed variety or a six-row hybrid barley.

“The recent £100/pack drop in the price of hybrid barley seed was needed. It makes hybrid barley a valid alternative, especially as there are some new varieties this year,” he says.

“Of course, the case for hybrid barley can be helped by any extra value that growers get from its straw, blackgrass suppression or workload management advantages,” he adds.

Mr Torr highlights the new hybrid candidate Bazooka, with its 2% yield advantage, but adds that sales of the existing choice, Volume, will continue to be good.

“Of the conventional two-rows, Tower is a useful variety,” he says.

“It had a very good year in 2014 and there is a strong portfolio of these types. In 2014, they matched the hybrids for yield, often with lower growing costs, so they will be favoured by some,” he says.

Hybrids are now well established in the West after a slow start and an initial reluctance by farmers to adopt them, reports Mr Torr.

“There hasn’t been much movement from these, despite higher-yielding varieties being introduced. Their grain quality is perceived to be lower, which hasn’t impressed the end users,” he says.

“Growers were very happy with the low-biomass types that used to dominate, with their management advantages, so it took them a while to move on,” he says.

“And of course, hybrids have always commanded a premium in terms of the seed cost,” Mr Torr adds.

That situation has since been reversed, with hybrids now accounting for more than 80% of his seed sales.

“They have performed well on farm, so uptake has risen dramatically,” he adds.

From a strong selection, he picks out Incentive as a good existing hybrid choice and also mentions the candidate Wembley, which is the highes-yielding of the up-and-coming varieties.

“The semi-dwarf model has also been popular for its ease of management. Troy has done well for a while,” he adds.

For those growing conventionals, he highlights newcomer Campus.

“It produced some fantastic yields in trials last year. It sits high up on the Recommended List and will appeal as a step on,” Mr Torr adds.

Looking at other applications, he says Clearfield oilseed rape varieties are a viable proposition for problem fields.

“Again, we have new improved varieties coming along and the uncertainty around the volunteer issue hasn’t materialised as people feared,” he says.