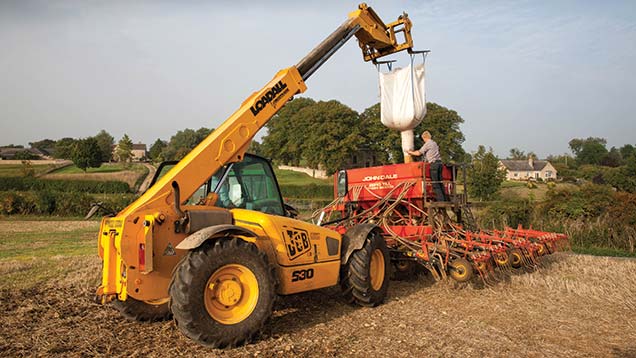 Feed winter wheat varieties predominate in the North and the Midlands, where the market is defined by strong demand from the main grain users.

The net result of recent investment is that there is a relatively new market for about 3m tonnes of feed wheat, stresses Mr Waite.

“The Vivergo bioethanol plant near Hull is now running at full capacity and only uses wheat, not maize. And that has a need for 1.1-1.2m tonnes every year,” he says.

Likewise, the Cargill starch and glucose plant in Manchester has a requirement for 750,000t of feed wheat.

“The Ensus plant on Teesside would use more than Vivergo, but it has been designed to be able to switch feedstocks, so it can switch to other grains,” he adds.

With growers in those areas knowing that the market is looking for a basic feed wheat specification, they can focus on the agronomic characteristics that matter for their farms.

“Generally, yield and stiff straw are the main concerns. Those are quickly followed by better septoria resistance and good specific weight,” he says.

For these reasons, he expects that new winter wheat choice Reflection will be a key variety, replacing others such as Kielder.

“But growers will stick with Diego, Santiago and Grafton for their proven past performance and consistency. They will remain popular,” he says.

Seed of another new Group 4 hard feed wheat, Costello, will be in shorter supply.

“Most growers will have to wait another year for Costello, but it does appear to have the characteristics and grain quality they like,” he says.

Another newcomer, the Group 2 choice Lili, will also be in the reckoning, he says.

“It has nice agronomics and a yield of 106%. At that level, it doesn’t have to be grown for a premium, and may well be grown as a feed wheat in certain areas,” he says.

Darlington-based Peter Collins, seed manager with Mole Agriculture, agrees that feed wheats have a virtual monopoly in the North.

“Having just shown groups of farmers around our trials site, it was interesting to note that not one of them grew a milling wheat It is all about producing a big heap of grain,” he says.

The two biggest varieties in terms of seed sales for Mole Agriculture are Diego and Leeds.

“There are other feed wheats that look very good on paper, but are later-maturing, such as Revelation and Evolution. And lateness can be an issue up here,” he says.

Diego’s 30% market share in the region is unlikely to fall, he says.

“Leeds does particularly well in the North, where it is joint top for yield, and it can also go for distilling. It accounts for 10% of the market,” he adds.

Otherwise, Gator is a good second wheat choice, while Relay and Dickens also have a following from growers.

Not surprisingly, the new feed varieties Reflection and Costello are both of interest to growers and can expect to do well in the North, says Mr Collins.

“They are bringing yield, disease resistance and grain quality to the table. And neither are late to mature,” he says.

High yields, good oil content and stiff straw are all looked for in oilseed rape varieties in the north of England, regardless of whether they are hybrids or conventionals, reports Mr Collins.

Light leaf spot resistance and the ability to get out of the ground quickly are also important characteristics, he adds.

“Remember that for the North, a variety has to have a minimum light leaf spot rating of 6 to be recommended, so that helps to filter them out,” he says.

He picks out Popular and Extrovert as good hybrid choices, and Anastasia as a high-performing conventional.

“We used to sell a lot of Catana, so Anastasia has been a good step up for those who want to remain with conventionals,” Mr Collins adds.

Of the candidates, he likes the look of RAGT’s hybrid Alizze for its gross output and KWS’s conventional Barbados for its disease resistance, which includes 8s for light leaf spot and phoma.

Viscount is still the most popular variety for its versatility, but Leeds and Twister have done well too.

“Distilling use is a key requirement. But growers are also concerned about maturity and straw strength. Lateness is something they want to avoid.”

Of the biscuit types, he picks out Zulu, Icon and Conversion. “They are all earlier-maturing and have good specific weight. Invicta is a bit later than we would like,” he says.

Other wheats of interest include Skyfall, for its high yield. “And of course if Trinity and Lili achieve the yields they appear capable of, we will be taking a closer look,” he adds.

Of the hard milling feed wheats, Dr Hoad pinpoints Grafton, which has been so reliable.

Winter barley is a useful break crop in Scotland, with both high-yielding two-rows and hybrid barleys having a place.

“The hybrid Volume is still the highest-yielding of the fully recommended varieties and it has fairly good specific weight. That makes it a better choice than the conventional six-rows.”

Of the two-rows, he believes there are four or five varieties to consider.

“It all started with Cassia, which has a good following. If you want to look beyond that for 2-3% more yield, there is Glacier, Tower and Infinity, as well as Cavalier. Pick one according to your requirements for maturity and disease resistance.”

Glacier seems better suited to heavier land, while Tower has a place on lighter soils, he suggests.

For winter malting barley growers, Dr Hoad advises checking with the markets to see which variety is required.

“There may be more demand for Venture, so consult before you decide on variety,” he adds.