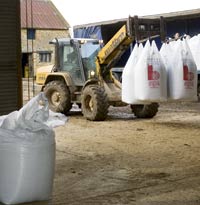 Fertiliser prices are set for further rises in 2010, as gas prices firm and worldwide demand picks up again.

Addressing the HGCA market outlook conference in London this week, industry consultant Marina Simonova said there were many market drivers at play, but the price of natural gas accounted for up to 70% of the cost of ammonium production.

Normally the price of gas tracked the price of oil closely, though there was currently some “disconnect” with Brent crude oil having risen from $40/barrel to $70/barrel this year, while gas prices had slipped further.

But forecasts from British Sulphur Consultants suggested a recovery of gas prices into 2010, supported by the improved economic outlook. “As gas represents a significant component, fertiliser prices are expected to move upwards in 2010, driven also by improved demand, inventory destocking and industry rationalisation,” she said.

Ms Simonova suggested ammonia would climb by 17% next year to $280/t FOB Black Sea, with urea up as similar amount to $300/t.