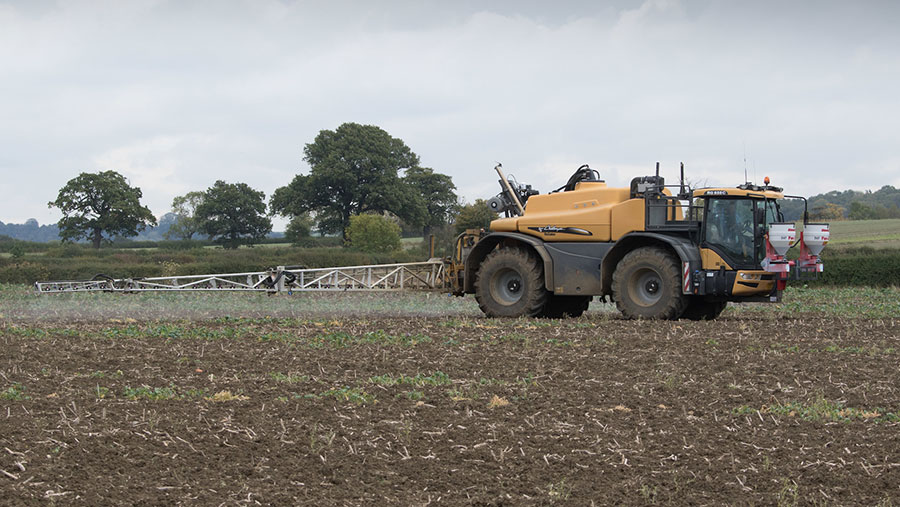 A vote on the future of glyphosate use in the EU is likely to go down to the wire, the NFU has said.

The European Commission has proposed relicensing glyphosate, the active ingredient in Monsanto’s Roundup weedkiller, for a 10-year period.

Member states will vote on the proposal at a meeting of the EU’s standing committee on plants, animals, food and feed on 25 October.

Failure to secure enough votes at this meeting could see any decision delayed until the next meeting, on 12 December.

More than a dozen member states have backed the commission’s proposal to relicense the chemical. But doubts remain over how key countries, including France and Germany, will vote amid ongoing health concerns over the safety of glyphosate.

The EU food safety watchdog, the European Food Safety Authority and the European Chemicals Agency  have given glyphosate a clean bill of health.

Monsanto says 40 years of research and scrutiny has shown that glyphosate is safe when used according to the label.

But anti-pesticide campaigners are lobbying to stop the chemical from being re-approved, based on a 2015 scientific study by the International Agency for Research on Cancer which suggested glyphosate is a “probable carcinogen”.

Mr Smith, who is also vice chairman of the working party, said the UK’s position on glyphosate was clear – the government will be voting for a full reauthorisation.

But he acknowledged that the French and German votes could be key to deciding the fate of glyphosate use in future in Europe.

“As is often the case in Brussels it looks like this decision could go to the wire,” said Mr Smith.

“The commission’s insistence the reauthorisation of glyphosate must have the backing of enough member states that represent 65% of the EU population means the voting could be tight with France and Germany holding the balance.

“We are pleased to see the UK resolute in its commitment to re-approval. The other encouraging thing is France maybe softening their stance from no reauthorisation to one that favours a product withdrawal over several years.”

Most EU countries still not ready to vote on glyphosate. This is going to the wire. Back to Brussels for me.https://t.co/PLJx0IdF6d

Over the past few months, farmers have been making the case for relicensing glyphosate, pointing out its loss would have a significant effect on crop production costs, as many would probably have to revert to ploughing for weed control.

“This is too important and safe a product for British farmers to go without,” added Mr Smith.

Meanwhile, a ban on glyphosate-based weedkillers could add an additional £228m/year to the UK council tax bill to tackle weeds in public places, according to UK-based organisation Amenity Forum.