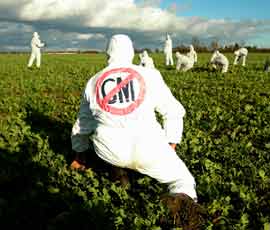 Mrs Spelman joined a number of EU environment ministers who said they were unconvinced about draft European Commission rules that would allow member states to decide for themselves whether they would allow GM plantings.

While the draft report called for farmers to have a say on whether to use GM technology, MEPs said countries should be allowed to prohibit GMs to maintain public order.

But at a meeting in Brussels last week (17 March), Mrs Spelman said using public order as a possible reason to opt out of growing GM crops would set a dangerous precedent.

Rejecting criticism of the report, EU health commissioner John Dalli told ministers work was already underway between the legal services of the Council and the Parliament to “make clearer why the proposed legal basis is appropriate” ahead of a working party meeting on 30 March.