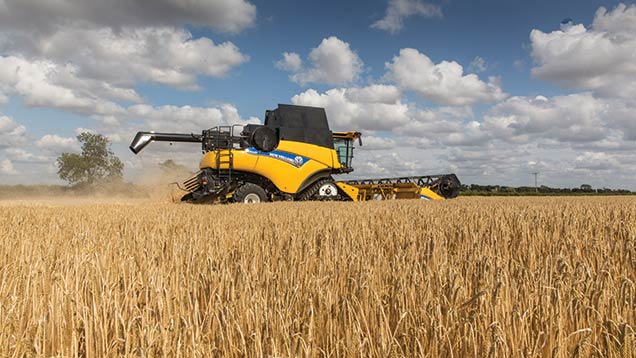 Winter feed barley has been the star performer of 2015, with many growers seeing double-digit yields, with both conventional and hybrid types.

“On the whole it has been a pretty easy year, with disease pressure fairly low and crops maturing early so escaping damage from the weather,” says Clare Leaman, cereal specialist at Niab. “Most reports have been of high yields in all regions, with varieties ranking as expected.”

Winter barley harvest was virtually complete by 25 August, with small areas still left to harvest in the east Midlands and Scotland, according to the ADAS harvest report. It estimated that yields were 11% to 14% above the 10-year average, at 7.2-7.4t/ha.

Winter barley at a glance

Specific weights have been variable, ranging from below 60kg to 73kg/hl. However, screening levels were generally low, averaging 3%.

Nitrogen contents for malting varieties ranged between 1.0% and 1.6% with only occasional crops not meeting the required specification.

“There is some variation between the sites, with the average yield spanning from 6.25t/ha in Perthshire to 12.05t/ha in Herefordshire,” says RL manager Simon Oxley.

Six-row hybrids performed very well on both yield and specific weight, with conventional six-row varieties falling three points behind at 67kg/hl. The hybrid Volume was the headline variety, yielding 106% of the control, says Dr Oxley.

The two-row feed varieties were very close in terms of yield, with Glacier, Tower and Infinity all at 101% of the control.

“Cassia still remains very popular despite being lower on yield. It has a five-year average of 98% but a specific weight of 71.8kg/hl, which explains the popularity,” says Dr Oxley.

Spring barley trial results had just started to come in as Crops went to press, with control varieties across five sites averaging 8.33t/ha – 0.95t/ha above the five-year average.

“Varieties that have recently been recommended appear to be doing better than the more established ones,” says Dr Oxley.

The brewing and distilling variety Odyssey looked good at 104% compared with Concerto at 94%. Of the brewing only varieties, Irina and Propane achieved 104% and 101% respectively.

Test varieties for brewing and distilling that had done well were Sienna at 106% and Octavia at 104%.